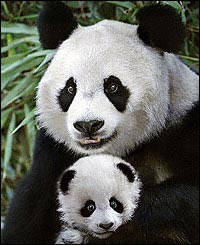 David Brophy was very enjoyable to watch conducting, for all that there was the slight fear that at any moment his mother might arrive and bring him home for being out past his bedtime. Tonight we heard three Pärt pieces before the interval, these being Collage über B-A-C-H (1964), Passacaglia (2003 / 2007), and Tabula Rasa (1977). After interval drinks, we had local composer David Fennessy's This Is How It Feels (Another Bolero) and two more Pärt pieces: Wenn Bach Bienen gezuchtet hatte (1976 / 2001) and Cantus in Memoriam Benjamin Britten (1977 / 1980).

One odd thing about this evening's entertainment was a sudden attack of TALKERS, not something you normally get at classical music events. There was one older lady near us, and she seemed not really to register that being at a concert is a bit different to listening to a record at home, so she was quite happy to chatter away over the music, particularly the tunes she was not so fond of. David Fennessy's piece in particular had her talking away; she was not the only person who found this work (a re-working of the Inspiral Carpets classic*) a bit much. I, however, am a forward thinking individual, and I found its abrasiveness highly enjoyable.

The Pärt stuff was deadly as well. Tabula Rasa might have been the most striking work. Apparently when it first appeared it was considered rather daring, in that it was like a retreat or a repudiation of high modernist experimentalism and a re-adoption of older forms. The whole thing is rather string based, but in the second movement it introduces a prepared piano, whose odd noises made it sound a bit different from the return to traditionalism one might have expected. All the other Pieces were string-heavy, and my conversion to all things string meant I enjoyed this evening's performance greatly.

Pärt came onstage at the end and we all gave him the clap. He seems like a nice old fellow, so it was pleasing to see him basking in the attention. And then he gave a little speech… in English! Wow, up to then the word had been that he didn't speak a word of our great language. Truly there is nothing that this man cannot do.

*this is an untrue comment, being made here for the purposes of humour.
Posted by ian at 9:11 PM