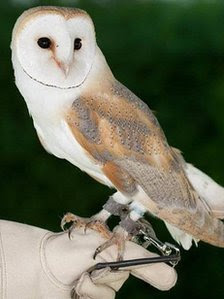 When Sonia Cadman was marrying Andrew Matley, she decided to introduce a novel feature into the service that would appeal to her fiancé's interest in falconry. She arranged for a barn owl called Darcy to fly down the aisle and deliver the rings to the couple. But when the moment arrived for Darcy to make her surprise appearance, the owl decided that instead of flying to Mr Matley with the rings, she would instead swoop up into the church's roof. The owl then went to sleep and could not even be lured down by the promise of a treat.

The wedding was delayed for nearly an hour until someone fetched a ladder and retrieved the sleepy owl.

Ms Cadman insists the owl's misbehaviour did not spoil the wedding. "We thought it was funny and the guests were in absolute stitches," she commented. 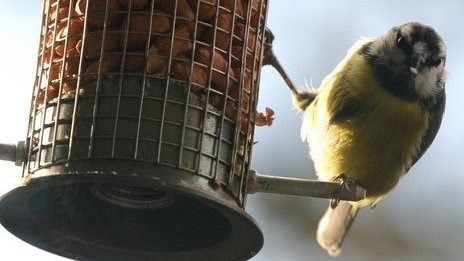 Scientists have long been interested in whether animals do better in urban or rural environments. In the case of blue tits, scientists from the Angela Ruskin University have been comparing the progress of bird colonies in the city of Cambridge with ones living out in the Brampton Wood nature reserve. In the past they found that the country birds "fared significantly better" than their urban friends, also breeding more successfully.

In 2012, however, the situation reversed. The cold and wet weather of that year hit the country birds much harder. The city birds bred more successfully, laying more eggs and hatching out chicks much more quickly than their rural counterparts.

The main food source of the blue tit is the caterpillar. In the harsh weather of 2012, there was a reduction in the availability of these tasty grubs. This hit the country birds hard. However, the urban blue tits were more used to looking around for other food sources, so they were better able to find other things to eat.

Scientists speculate that if global warming leads to more extreme weather conditions then this may work further to the advantage of the urban blue tit.