This is so LA 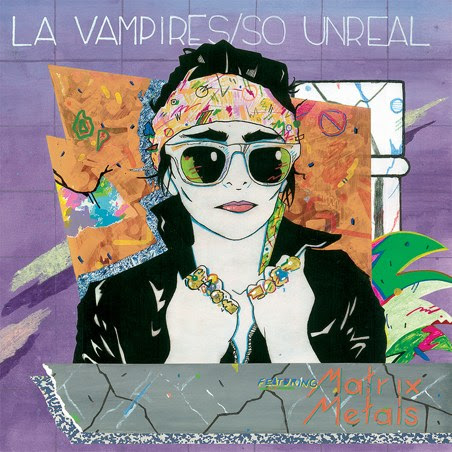 LA Vampires feature the one of Pocahaunted that did not go on to be in Best Coast, together with Mr Her Husband. Because I am ineffectually obsessed by Pocahaunted, I picked this up when I recently visited Mono in Glasgow. But it does not sound like the kind of weirdo semi-tribal music that one associates with Pocahaunted** – rather it is like an avant garde version of shit 1980s music, only not so avant garde that it does not still sound shit.

[On subsequent listens I am maybe starting to get this record, but I am still pleased with that previous dismissal of it. Some of the tracks have a strangely languid quality, for all the lamer 80s synth sounds, and the vocals sound unusually hypnotic. But whatever.]

*I have no idea who or what Matrix Metals are. Should I?

**Is there something a bit racist/orientalist/something-ist about a band of middle class people from Los Angeles making music described as "tribal"?

An inuit panda production
Posted by ian at 9:36 AM