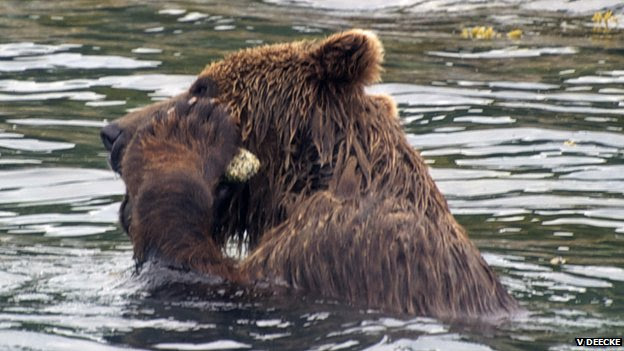 Bears are well known for being large, fierce animals. It seems now that they might also be surprisingly intelligent. A brown bear in Alaska was seen recently picking up a stone and scratching itself with it, revealing that rudimentary tool use is possible for these animals. In some respects this is not completely surprising, as bears have quite large brains for their body size. However, they are relatively solitary and it had been thought that it was only social animals (like chimps, humans, or New Caledonian crows) who would have their intelligence boosted such that they would start messing about with tools.

At the moment it is not known whether this particular bear is the first ever to use a tool, or if it is merely engaging in behaviour that is not uncommon but not previously observed. Reports that the bear in question is training other bears and building a wooden town with human-sized cages have been hurriedly denied by members of the scientific community. 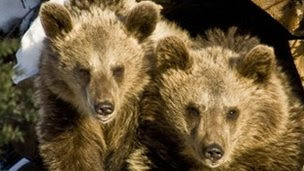 An inuit panda production
Posted by ian at 10:07 AM