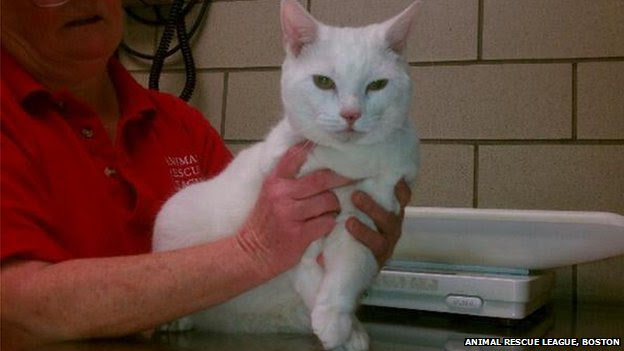 Silly cat Sugar managed to fall out of a window on the 19th storey of a Boston, Massachusetts building, tumbling somewhere between 45 and 60 metres to the ground. And she survived with no broken bones or cuts from the fall, with some bruising being her only injuries. The Animal Rescue League treated Sugar after her fall, reporting that cats spread out their limbs like flying squirrels when they fall, which can turn them into a feline parachute and slow down their descent. Even so, Sugar's survival is something of a miracle and her owner has installed a screen on the window from which the cat fell.

An inuit panda production
Posted by ian at 12:10 PM