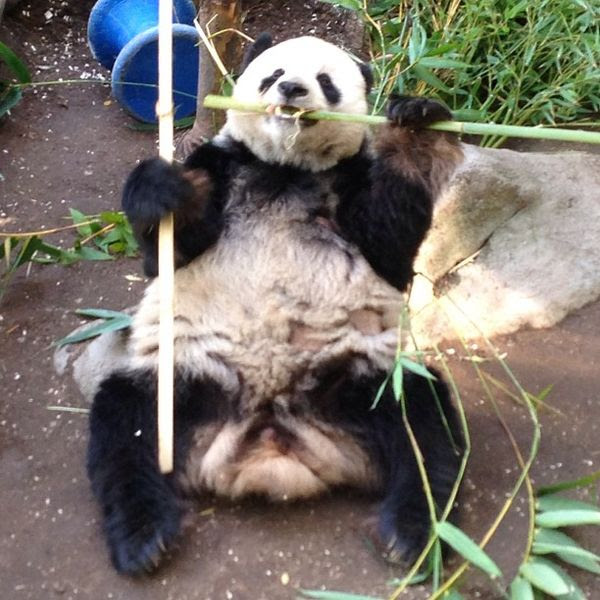 Gao Gao the Panda lives in San Diego Zoo. He has had a long and eventful life since he was born in the wild in 1992 or thereabouts. After suffering an ear industry, he was taken to Fengtongzhai Nature Reserve in 1993. He was reintroduced into the wild but local villagers reportedly found him disruptive, so he was taken to the Wolong Panda Conservation Centre and then in 2003 he came to live in San Diego Zoo.

Pandas have a reputation for not really being onboard with the perpetuation of their species, but Gao Gao has done his bit, fathering five cubs with the panda Bai Yun. He now has three grandchildren. If anything, Gao Gao's life shows that the real threat to pandas is not their slow rate of reproduction but human encroachment into their habitat.

Gao Gao has had some health problems. Digestive system problems have led to adjustments to his diet and he also has a heart condition. But a more serious issue manifested recently, when a tumour was discovered on one of his testicles. Surgeons operated to remove the testicle earlier this month. He is reported to be recovering well and is getting back to his favourite activity - eating. There are reports that he has also been getting his keepers to scratch the back of his neck.

At this stage it is not known whether the operation will prevent Gao Gao fathering any more offspring. Because of limited exposure to panda cancers, veterinarians are not certain that the operation will have taken him out of the danger zone, but everyone has their fingers crossed.