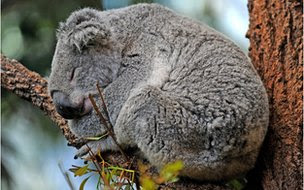 Everyone loves Koalas, but what not everyone knows is that the honorary bears are in a lot of trouble. Some of their problems are the result of human activity, with Koalas suffering from habitat loss thanks to urban sprawl. Many of them are also being hit by cars or killed by dogs. But some of the problems Koalas face are their own little furry fault, as the marsupials are suffering from an epidemic of sexually transmitted diseases spread by their promiscuous habits and lack of interest in safe sex.

Chlamydia seems to be a particular problem, with up to 90% of Koalas being infected in some areas. The disease can prove fatal, but it also has a tendency to leave its survivors infertile, which is depressing the Koala birthrate. Worse, a new retrovirus, akin to HIV/AIDS in humans, has started to affect the cuddly marsupials. 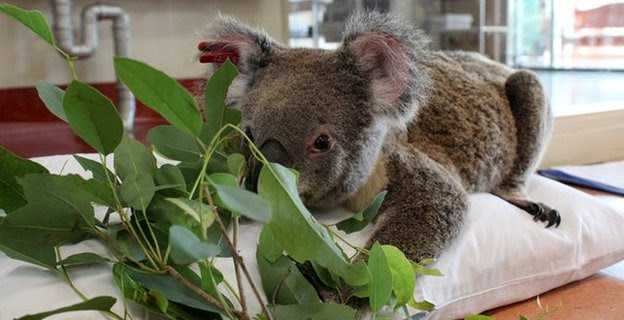 Fortunately some help is at hand. Koalas infected by Chlamydia are being given courses in antibiotics in special Koala-hospitals, where they can recuperate for a couple of months until they are ready to go back into the wild. Volunteers are also looking after the little baby Koalas (known as Joeys) who are left abandoned when their mother succumbs to disease. These people look after the furry orphans until they are old enough to fend for themselves, bringing them tasty eucalyptus for the little fellows to eat in the meantime. 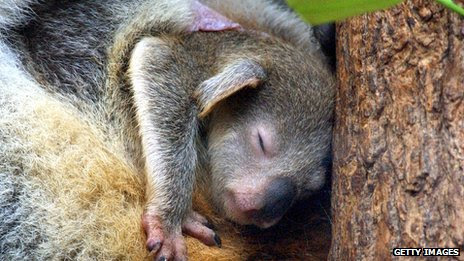 Email ThisBlogThis!Share to TwitterShare to FacebookShare to Pinterest
Labels: animals, Science, TEH CUET