I am a My Bloody Valentine apostate

There was a stage in my life when news of a new My Bloody Valentine album would have filled me with rapturous excitement. That stage is long over. I am not one of the people who has been frantically downloading the latest album by these people. When it comes out in a physical format I may well pick up a copy, but I will do so without any great enthusiasm. 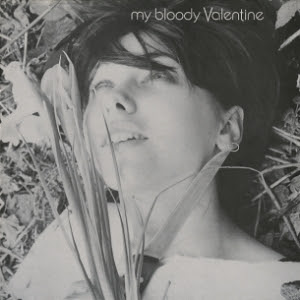 I think it was seeing MBV live again at an All Tomorrow's Parties event a couple of years ago that killed my affection for them. A lot of other people there were having the time of their lives at the concert, but I found it hard to escape realising what dull live band they are. Their playing is static and they lack any kind of engagement with their audience (to the extent that when one of them finally said "thanks" after the fifth or sixth song she almost received a standing ovation). Now, I do not think that musicians should necessarily be giving the crowd a load of "OK everybody, are you ready to party? Because now we're gonna rock you out!!!", but it would be nice to get a sense that the musicians are not just phoning in their performances while thinking of their paycheques.

The other thing I found a bit trying about their live performance was how loud it was. [and the comments to this write themselves, being of the "fuck off granddad, listen to yourself complaining about music being too loud" etc. etc. etc.] Why does it have to be so loud? When we saw them, they were giving out earplugs to everyone present. Why not just turn the volume down? Could it be the extreme loudness is just a way of making their dull live performances seem more interesting?

And then there is The Holocaust. One of MBV's most famous songs is 'You Made Me Realise'. On record it has a break of about two minutes where you just get white noise blasted at you and not much resembling a tune. Live they have taken to stretching that bit out to over half an hour. Now, this might have been exciting, challenging, and expectation defying when they first started doing it in the early 1990s, when audience members often reacted with bafflement and fury. Now that they have been doing this for 20 years it is tired and formulaic and to me symbolises how their creative well has run dry.

Of course, it is a bit unfair to judge a band's new studio output by their live appearance - the essence of playing live these days for heritage bands seems to be serving up a simulation of the classic experience for people who want to relive their youth or younger folk who wish they had been there. But I still sense little promise with this new record. The world is not littered with great records released by bands after a 20-year hiatus. I do not think MBV have any magical qualities that would allow them to buck this trend. And the general excitement about this record seems to be a depressing indicator of how uncritical nostalgia grips my own generation as much as those that have preceded us.

That said, I do still love the old records and will continue to do so. I greatly enjoyed picking up the CD reissues of the EPs last year and have listened to them with much pleasure.

A previous moan about My Bloody Valentine (trigger warning: flatulence)