If you have been paying close attention to my writings then you will know all about this already. It is a collaboration between musical superstars Cathal Coughlan and Luke Haines and Australian writer Andrew Mueller. It purports to describe the contents of the eponymous scrolls, documents found in a house in England that reveal the true history of that country during its period of foreign occupation. The album has two discs, but is not a double album. On one disc, each song is preceded by a discussion by Mr Mueller on the contents of the relevant scroll. On the other disc the same songs are repeated, mostly without the Mr Mueller's spoken pieces, the logic being presumably that people will want to re-listen to the music more than the talking.

The narration and the song lyrics cover areas that are familiar from Luke Haines' own songs - the fascinating world of minor celebrities of the 1970s and 1980s and the general rubbishness of England in the past. An Irish twist is added by the inclusion of references to Martin Cahill (whose murder site I pass every day on my way to work), now revealed to have spent several years as Proconsul in England. Several of the Cathal Coughlan songs also reference the Jerry Cornelius mythos of Michael Moorcock, which dovetails well with the 70s fascination of Old Haines. 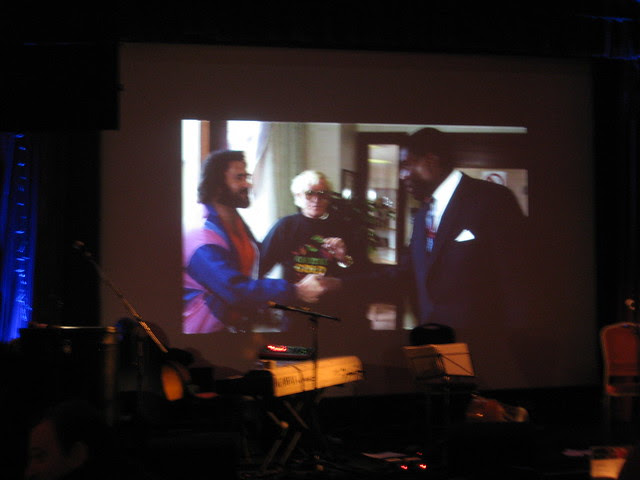 When I saw the live show of these songs in early 2012, they began with the famous image of Jimmy Savile introducing Frank Bruno to Peter Sutcliffe projected behind them. This was before they opened with 'The Broadmoor Blues Delta'. This was before that Jimmy Savile stuff broke, but it all seems oddly prophetic of it all and to fit in perfectly with the subject matter of this record and other Luke Haines productions. I am curious now as to whether he is now dreaming of writing a concept album about Savile and his partners in crime - something that would be sure to storm its way to the top of the album charts.

On record, the stand-out track remains 'The Morris Man Cometh', a description of how during the occupation of England morris dancers were mobilised as a collaborationist militia. The song is done in a great faux-folkie style with Haines on lead vocals and Coughlan providing some great "hey nonny nonny" backing vocals. However, this should not be thought of as a one-song-album. As well as that track, there is a real beauty and sadness to some of the tunes on which Cathal Coughlan sings lead. I am thinking here of the likes of 'Ayatollah Cornelius' or 'Witches in the Water'. But the whole record is endlessly appealing.

Overall I suppose this record is a bit niche. If you like the same kind of things that I do then you will probably love it. If you are not so interested in peeling back the layers of obfuscation to reveal the truth then this might not be for you. 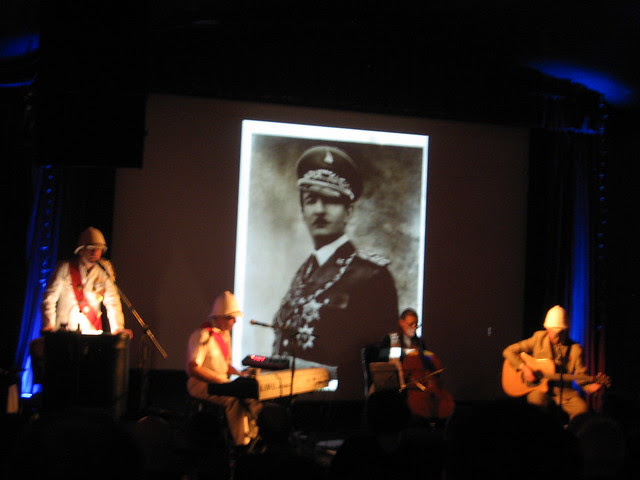