A Trip to London Part 3: Gothic 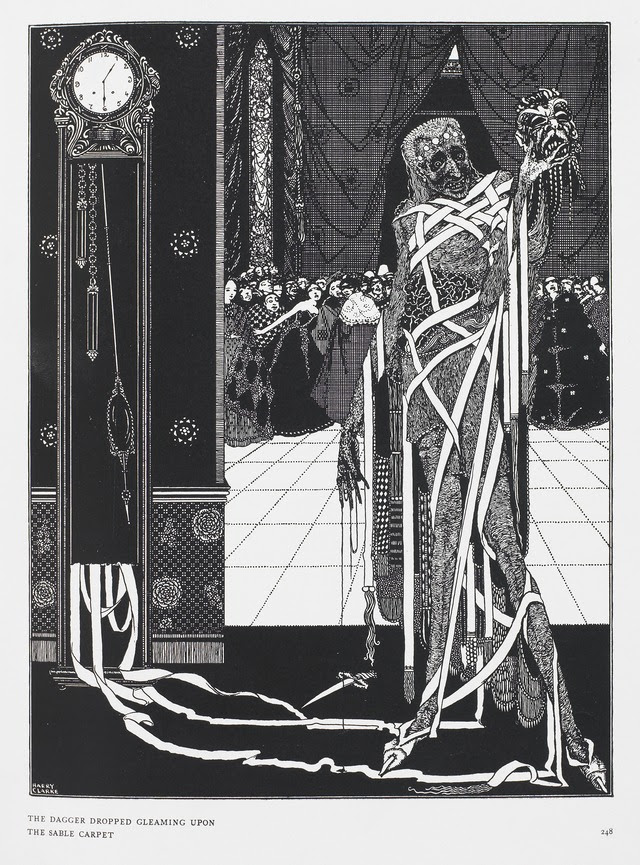 I allowed myself a non-musical interlude the next day, popping up to the British Library for an exhibition they were having on the gothic. This went roughly chronologically from Horace Walpole's The Castle of Otranto up to the present day, taking in various aspects and detours along the way.

The short Jan Švankmajer animated version of Otranto they had at the exhibition's beginning was fascinating. Apparently this is the only attempt thus far to adapt that classic novel for the screen. Švankmajer is most famous for weird puppetry (e.g. see his Dr Faustus), but this was a combination of Terry Gilliam-style animation and filmed interview with a researcher who had discovered that Walpole's novel is in fact based on a true story that occurred not in Italy but late-mediaeval Bohemia. The blatant fibbery of the framing device was a nice evocation of the original novel's claim to be translated from an original Italian account of actual historical events.

Later on I was amused by some material on The Monk, by Matthew Lewis. This book caused a sensation with its tale of a once-pious monk who is led by a female demon into a life of depraved vice. The exhibition had a printed copy of the first edition that Lewis was proposing to edit into a less shocking second edition, with a page shown in which he was proposing to cut an entire page of perving at the naked breast of a young lady. 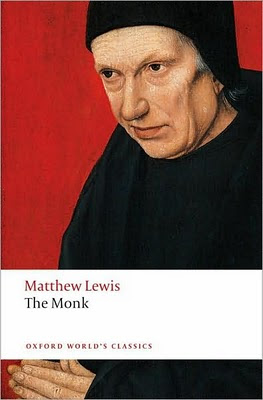 While most famous now for The Monk, Lewis was more than a one-book author. The exhibition had material on The Castle Spectre, a play Lewis wrote after the success of that novel. The play also caused a sensation, not through depictions of depravity and vice but because one of the characters has African servants who denounce the institution of slavery. It was felt that this kind of crazy talk would undermine the economic foundations of Great Britain. I do not know whether Lewis threw this abolitionist talk in to shock, out of genuine conviction or for less thought-through reasons. Lewis himself had inherited significant wealth from Britain's sugar-gulags in the Caribbean.

Later on I was taken with a discussion of Victorian sensation novels (e.g. The Woman in White) and then other books that were even more sensational. Novels in which the villain or villainess was revealed as a bigamist proved to be particularly popular in this period, giving away to inevitable parodies like Quintilia the Quadrigamist. The exhibition then linked the sensation novels to the media sensation that surrounded the Jack the Ripper killings in the late 19th century. The original "Dear Boss" letter was on display. This letter was signed "Jack the Ripper", giving the killer the name he is remembered by. The exhibition was gamely suggesting that it might be genuine though I understand that it is generally considered to be a hoax.

One jarring note appeared when they brought the exhibition into 20th century gothic. There is a lot of 20th century gothic, but I was surprised that they foregrounded popular film The Wicker Man so much. That film arguably has some gothic elements (e.g. a sinister aristocrat), but overall it owes far more to folk horror than the gothic and was out of place here.

It was also noticeable that the exhibition had a very British focus. This meant there was a fairly minimal coverage of non-anglophone gothic literature. While Edgar Allan Poe was mentioned, there was no great exploration of the wider American gothic. In some ways this was a bit limiting, but it is the British Library after all, and not everything could be included. One particularly notable omission was the lack of any mention of James Hogg's Private Memoirs and Confessions of a Justified Sinner, particularly striking given that Hogg was a British writer.

Overall though, this exhibition was less about information than atmosphere. I may be deluding myself but I think I could more or less have curated this myself, at least with regard to the informational material. But the atmosphere was great, with the whole place in a gloomy darkness (though bright enough even for duff-eyed types like me to read the material), drapes and faux cobwebs abounding and suitably gothic images projected on the walls. There was also a nice finish linking the gothic literature of yore to the current gothic scene.


Would you like to know more? Check you the British Library's fascinating collection of articles on the Gothic.

The Masque of the Red Death (Wikipedia)

Jan Švankmajer's Castle of Otranto (in Czech, with Russian subtitles)
Posted by ian at 12:00 AM