The IFI was showing this old Louis Malle film from 1958. The plot is an odd one. One Julien Tavernier (played by Maurice Ronet) murders his shady industrialist boss but then becomes trapped in a lift as he tries to make his escape. A small time crook and a flower girl (played by Georges Poujouly and Yori Bertin respectively) then steal his car, driving off to have an adventure of their own. As they go they drive by Florence Carala, the industrialist's wife (played by Jeanne Moreau), revealed as Tavernier's lover and his co-plotter in the murder of her husband. She sees the flower girl in the car and assumes that her lover has betrayed her.

For much of the rest of the film Tavernier is stuck in the lift, trying to get out, trying not to get killed when he does so, and trying not to be found there. Meanwhile the crook and the flower girl head off to the countryside to spend his money and live the highlife while Florence trawls the city looking for her lover. Although we feel that Tavernier and Florence are the primary protagonists here, far more things actually happen to the delinquent young folk. Things go horribly wrong for them, leading to repercussions for Tavernier and Florence. 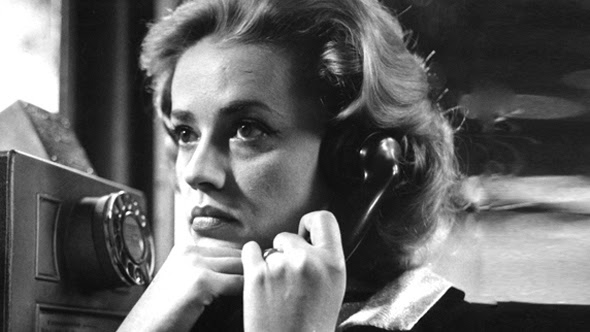 So in some ways, not too much happens in the film. Instead it is about mood and atmosphere, with Tavernier making his endless attempts to escape his trap and Florence roaming the city in her futile quest for him. Her journey is a fascinating one, taking her to an endless series of dive bars and low-life hang-outs. The youths' adventure switches from being one of carefree abandon to one of disaster, with them ending up consumed by fear at the consequences of their actions (for all that their fear seems as over-dramatic and detached from reality as their initial quest for adventure). The generally alienated atmosphere is partially brought into being by the soundtrack, a selection of moody jazz pieces performed for it by Miles Davis. 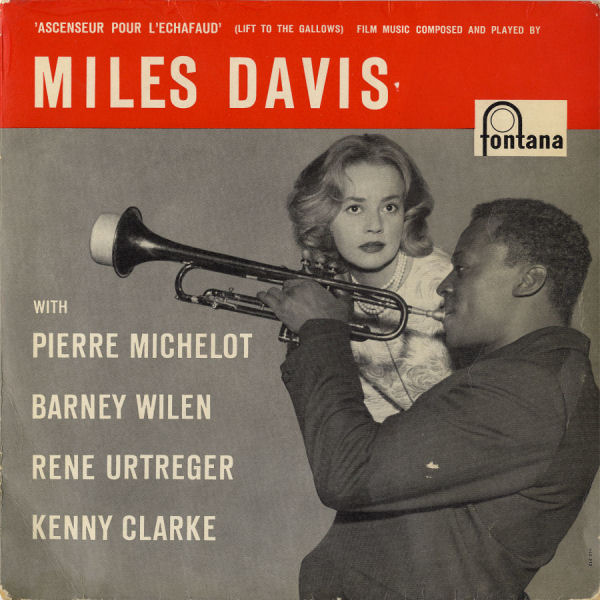 There are hints here to a political subtext. The industrialist is an arms manufacturer, someone who is profiting out of the war then raging in Algeria. In the scene between him and Tavernier at the start of the film, there seemed a suggestion that he might also have been operating a spy ring, with Tavernier the traveller who collects intelligence from field agents and assets. Tavernier is a veteran of the wars in Algeria and Indochina, and his carrying a gun seems to be unremarkable. In some ways the film ends up with the kind of Crime Does Not Pay message common to films of that era, but there did seem a suggestion that the victims and killers all somehow deserved their fate. And there is a very non-Hollywood sense of playing with guns being dangerous and not fun.

This film is apparently seen as hovering on the frontiers between film noir and the French nouvelle vague. Either way it is a most unusual work and something that I recommend to all readers.

Trailer for reissued version of film:

An inuit panda production
Posted by ian at 11:44 AM