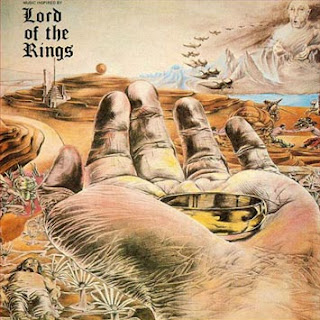 A slight cheat here, let us be honest, as I have heard this record before, but I have never owned a copy or listened to it that closely. To recap, the late Mr Hansson was this musician guy from Sweden or somewhere like that who produced this record of musical pieces inspired by Tolkien's novel. The individual tracks have names corresponding to episodes in the book, though it has to be said that the early parts are a bit over-represented. Much of the music is driven by organ playing and sounds that could have come from a synthesiser, were there such things back in 1970. The overall effect is quite otherworldly and suitably suggestive of the fantastic realms of Tolkien.

An inuit panda production
Posted by ian at 10:30 AM