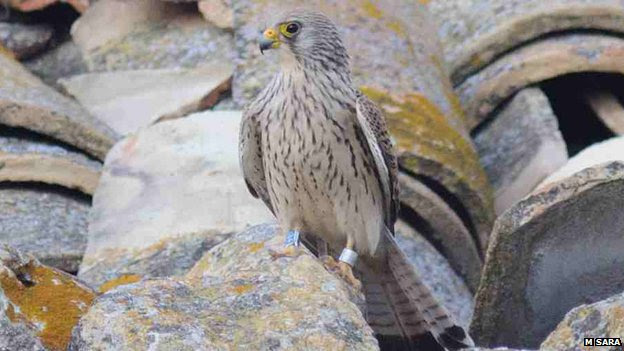 In an astonishing development, scientists report that in Italy there exist mixed colonies of lesser kestrels and jackdaws. On the face of it, this is unusual. Lesser kestrels are birds of prey and would be known to take down smaller birds like the jackdaw. Jackdaws, meanwhile, are opportunistic foragers who would not normally be averse to raiding the nests of other birds like the lesser kestrel. It seems, however, to be the case that the two species have formed a working arrangement. The presence of the lesser kestrels deters other predators from going near the jackdaws, while the kestrels seem to have subcontracted the work of watching out for larger and more dangerous enemies to the raucous jackdaws.

An inuit panda production
Posted by ian at 10:17 AM