Fish in a Barrell 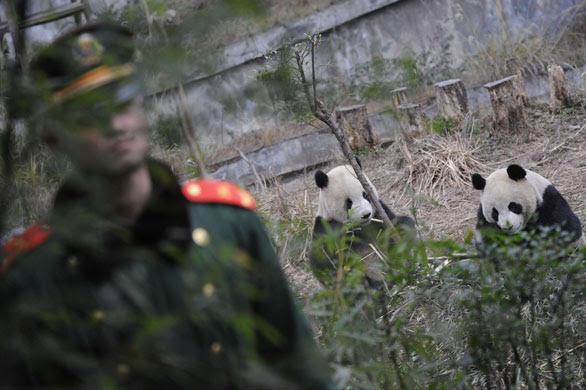 It is easy to laugh at Conservapedia, this crazy website for strange people who are building a parallel universe by constructing an encyclopaedia that leaves out or grossly misinterprets anything from the real world that challenges their mindset. Currently giving us all roffles in Panda Mansions is the very impartial entry on Barack Obama, which includes many fascinating facts. I was particularly struck by the FIFTEEN proofs that he is a secret Muslim, proofs that include the following:

"Obama uses the Muslim Pakistani pronunciation for "Pakistan" rather than the common American one."

"Obama has chosen the Secret Service code name 'Renegade'. 'Renegade' conventionally describes someone who goes against normal conventions of behavior, but its first usage was to describe someone who has turned from their religion. It is a word derived from the Spanish renegado, meaning 'Christian turned Muslim.'"

Click here for more worrying facts that the liberal media conspiracy have tried to hide.

Click here for pandas
Posted by ian at 7:25 PM

Email ThisBlogThis!Share to TwitterShare to FacebookShare to Pinterest
Labels: Weird