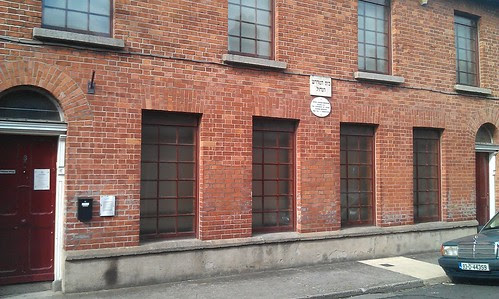 The Portobello area in Dublin was once the centre of the city's Jewish community. With the passage of time, that community has moved away from the area, leaving two relics of its presence behind. One is the Bretzel bakery, which continued to obtain kosher accreditation for its products long after it came into non-Jewish ownership. The other is the Irish Jewish Museum, located on Walworth Road, a quiet residential street. 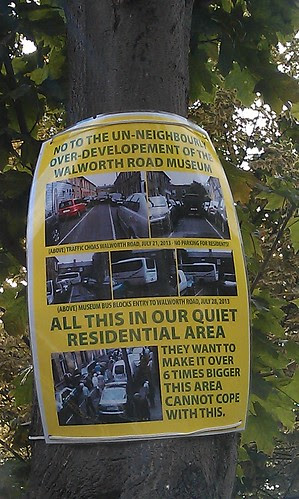 There are plans afoot to expand the Jewish Museum. They seem to be meeting opposition from some people in Portobello. Walking around the area, one can see posters opposing the expansion stuck to trees and lampposts. They are also visible in the windows of many houses, including houses beside and across from the museum on Walworth Road itself. 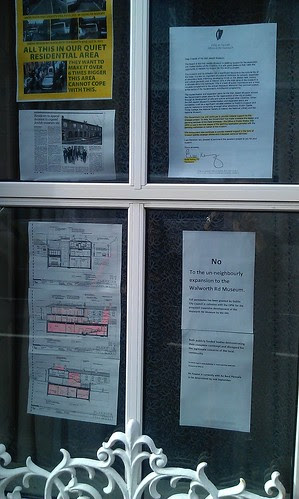 It is hard to know what to make of all this. On the one hand, the posters do suggest a certain petty-minded nimbyism. Yet they are right to say that Portobello is a quiet neighbourhood, and having lived next door to a building site myself once I know how disrupting a large construction project can be. But there is still something a bit disturbing about the posters. Ireland is a country with planning rules and procedures, so if people have legitimate concerns about the expansion project there are channels through which they can contest the process. The anonymous posters seem a bit creepy. They call to mind the less enlightened past when members of the Jewish community had to endure persecution and hostility from their non-Jewish neighbours. In this conext, I wonder if it is significant that the various posters keep referring to the "Walworth Road Museum", never mentioning its Jewish character. 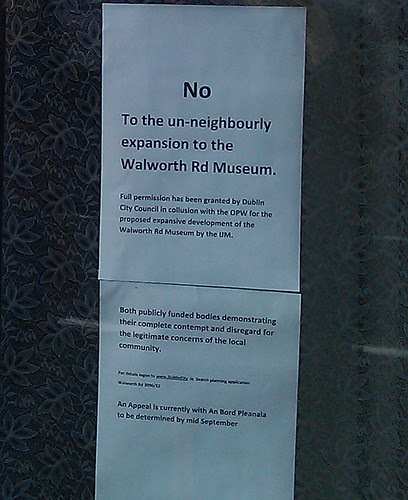 For all that, I am myself ambivalent about the expansion of the museum. As it stands, the museum is one of Dublin's little gems and my fear would be that any expansion would remove its appealing character. From one report in the media, it seems that the original synagogue inside the museum is to be demolished and reconstructed, which arguably would affect the site's authenticity. I would also have concerns that the general expansion could sterilise a museum that currently is a direct relic of the community that once lived around it. But I have not studied the expansion plans and so cannot say whether these concerns are justified. In any case, if there is to an Irish Jewish Museum anywhere, expanded or not, Portobello is the place for it. 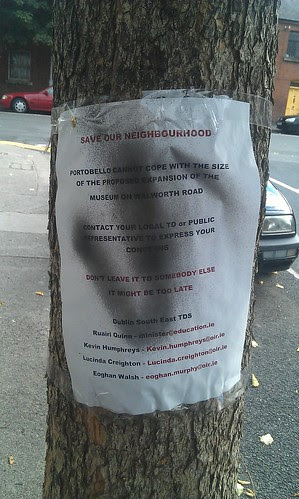 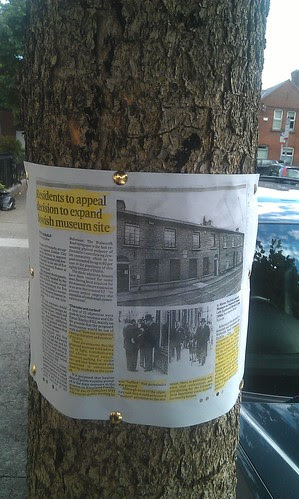