Ahoy there shipmates! Cast off and join me aboard the good ship Shanty. Little Jim the cabin boy is ready to make you right welcome. So splice the mainbrace, cut loose the port sheet, and up the lanyard for the masted doubloon. 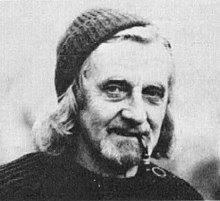 I have always had some interest in sea shanties and songs of the sea, but going to the Unthanks singing weekend in January pushed into overdrive. As you will recall, Jim Mageean of the Keelers introduced us to a load of nautical tunes, both work songs and songs that seemed more like the kind of thing sailors would sing for entertainment. There were CDs being sold as we were leaving the weekend, so I picked up a copy of Farewell to the Master, an album of shanties presented as a tribute to one Stan Hugill, an old sailor who collected shanties during his many years at sea and was the last living shanty man of the Royal Navy. It begins with a tune composed by Alan Fitzsimons of the Keelers specifically to honour Mr Hugill, before launching into a succession of shanties sun acapella. They are here grouped by type, with halyard shanties followed by cotton trade shanties, maindeck capstan shanties, pump shanties, and so on.

One recording decision listeners might or might not take issue with is the grouping together in single tracks of several different tunes - so the halyard shanties track goes on for over 8 minutes and features all three of 'Shin-O', 'Tiddy High-O' and 'Blood Red Roses', the last a song that by law must appear on all shanty records. This grouping business does not bother me while listening to the record but it might annoy me in the future if I wanted to include anything from here on an end of year compilation.

Some of the songs feature lyrics that are a bit ribald. I get the feeling that some of the sailors in the songs have intentions towards ladyfolk that are not entirely honourable.

In Edinburgh we went record shopping and found in Fopp a couple of old sea shanty records. Rationing myself, I went just for a collection called Sailors' Songs & Sea Shanties: A Classic Collection of Sea Songs and Shanties. This features songs sung by A.L. Lloyd, Stan Kelly, Ewan MacColl and some others. There are sleevenotes describing the history of the songs and explaining nautical terms and the like, but there is nothing saying when they were recorded, which is a bit annoying.

Unlike the Keelers record, this does feature instrumental accompaniment, generally of the squeezebox type. It ends up being a bit reminiscent of the music in Bagpuss, which is not surprising given the folkie chops of that programme's musicians.

Two songs stand out on this for me. First of all there is 'Away Haul Away', sung by Stan Kelly, which sounds like a tune the musical family of one of my mother's friends used to sing. Another is 'Do Me Anna', sung by A.L. Lloyd. On one level this is another saucy sailor song in which a sailor impersonates a rich townie in order to shag his lady friend (something that in our politically correct era would get you sent to jail and put on the sex offenders register for life), but what makes it appeal to me is the mournful and almost otherworldly tone of the piece - it keeps sounding like it is about to turn into a ghost story or some such, even though it never does. Perhaps it needs new lyrics.

Sailors' Songs & Sea Shanties (an interesting website on this record)