My Life in Music

In the pages of Frank's APA I somehow found myself reminiscing on music and my early life. Read on to join me in a trip down memory lane. 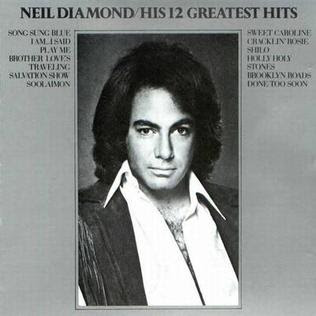 My recollection is that my parents did not listen to music that much when I was young, though the things they did listen to they listened to a lot. So I remember my dad having a Neil Diamond compilation that he played all the time. My dad had - and has - a fondness for extreme heat, so I associate the Neil Diamond record with sitting in a stifling hot front room on a Saturday evening. My dad also had some tapes of music by Planxty that would get played in the car. I remember being a bit scandalised by some of the risqué lyrics.


My parents had some older vinyl records, which we would listen to on a Dansette that was given to my sister and I when my dad got himself a more advanced sound system. I think these included a couple of musical soundtracks, with a cast recording from a stage production of The Sound of Music particularly sticking in my head.


At some point I started developing my own interest in music and mastered the art of taping songs off the radio. However, I was only able to do this for a while, as before too long the taping facility of my dad's sound system packed in. If those tapes still existed and were playable they might be an interesting record of my own pop tastes back in the early 1980s.

What might be especially fascinating would be the tracks I taped from when one of the pirates counted down through the songs its listeners had voted as their favourites, a concept that was entirely new to me at the time. I was very excited by this and expected that it would reveal the official greatest songs ever. I can still remember some of the songs in the top ten, and they were a pretty sorry bunch of late 1970s softy rock - 'Lying Eyes' by The Eagles, 'Follow You Follow Me' by Genesis, shite like that. But the number one track was 'Stairway to Heaven', and I think this would have been the first time I heard it.


The first record I ever bought with my own money was a cassette of Adam and the Ants' Prince Charming. But more iconic for me is my first vinyl album, a second hand copy of Geoff Love and His Orchestra's Star Wars and Other Space Themes (officially the first record I bought with my own money, though a cassette copy of Prince Charming by Adam And The Ants may actually have that honour). This is an odd record. Geoff Love (and his orchestra) play a number of themes to science fiction films and TV programmes. In several cases, they rearrange the tracks into disco tunes. At the time, this rather annoyed me, but now it is a key part of why this record has remained in my collection. The cover is also amusing; the record company clearly did not have permission to reproduce identifiable material from the various films and programmes, so the cover shows things that look similar to but not too like recognisable space ships and characters.

In secondary school I did not really hang out with the kewl kids who liked kewl music, so I did not pick up anything from them. Most of my friends were largely indifferent to music although one of them was a bit more seriously into it, though his tastes failed to rub off on me. As I grew older I remember getting a number of records as Christmas presents, because I asked for them - the likes of U2's Unforgettable Fire, The Very Best of Christ de Burgh (pre-'Lady in Red'), Kate Bush's The Whole Story, Dire Straits' Brothers In Arms and, on cassette, Talking Heads' Little Creatures. A copy of Tchaikovsky's Romeo & Juliet had also come into my life. I remember also having a strong interest in musicals around this time, largely through being in them at the time and having naïve aspirations towards writing them with a more musically talented schoolmate.

Time passed, I went to college, and I met the people who became more formed influences on my musical taste. For some reason it was only at this point that I registered the existence of the music press. Not too long after leaving college I joined Frank's APA, a collective of people who have remained the biggest shaper of my musical interests.