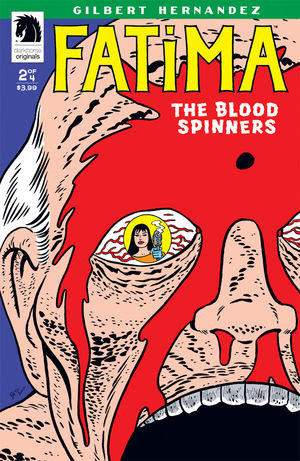 I am playing catch up with my comics mountain. This is the second part of a four part series, written and drawn by Gilbert Hernandez. I had it lying around Panda Mansions so long that I forgot what episode one was about. Indeed, I have taken so long to read this that #3 came out a week or two back, so I though I really ought to read this and then decide whether to stick with the title or not.

This seems to be a comic about zombies (no wait, come back!). There is a drug of abuse called Spin going around which makes people briefly hyper-intelligent and full of zip, but after a day or two the drug users turn into zombies whose bite infects people and turns them into zombies. You would think that there would not be much of a market for this Spin, but no.

The eponymous character, a typically large-breasted Gilbert Hernandez creation, works for Operations, an organisation where everyone seems to walk around in tight-fitting leotards. The Operations people are trying to trying to stop the zombie menace and track Spin dealers. And it is becoming increasingly clear that the ultimate source of Spin is someone working for Operations, leading to all kinds of paranoid worrying. And Fatima is also secretly in love with Jody, an Operations science officer.

This is all bizarre fun. Hernandez's stylised art and the odd humour call to mind early 2000 AD. I will so be running off to the shops to see if I can find a copy of #3. 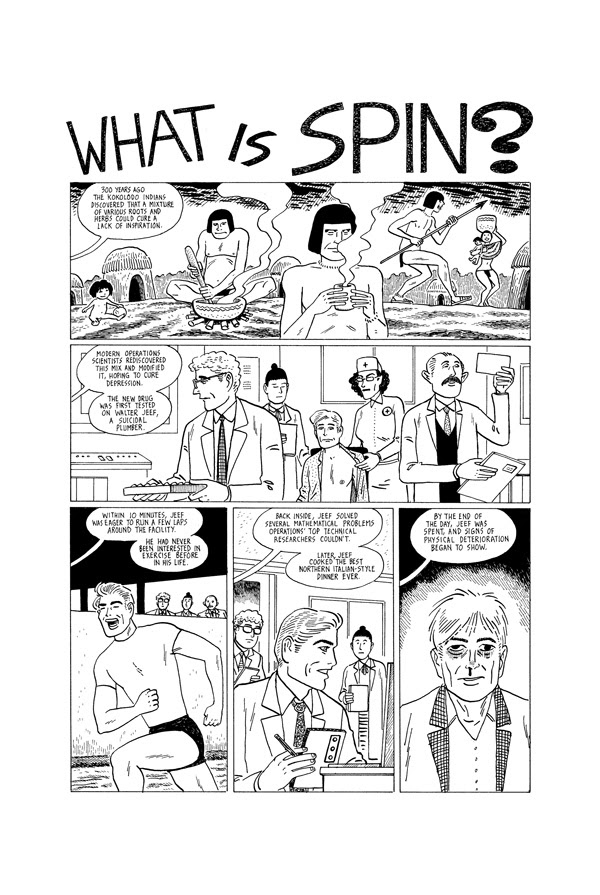 cover (and link to preview pages)