This book is about the practitioners of Thuggee, the practice of strangling unwary travellers and stealing all their possessions, with Thugs often going to elaborate lengths to hide the bodies of the victims. These unsavoury characters worked the roads of India until they were wiped out by the British East India Company. I have been fascinated by the Thugs since I read a brief article on them in The Unspeakable Oath, a journal dedicated to researches into the outré. That whetted my appetite for more, but I lamented the lack of a good book on the subject. Thankfully Mike Dash, author of Batavia's Graveyard has leapt into the breach and served up this book.

The great thing about the Thugs is that the main things everyone knows about them are not true. They were not a religious cult, murdering to appease Kali, goddess of death; rather they were economic murderers, killing to support their families. And they were not a closed hierarchical order either, but more a loose mass of killers who shared methods among their fellows, coming together to kill and then splitting up again into their own sub-groups. For all that, they are still terrifying, people capable of befriending travellers, passing time on the road with them, and then killing them in the most intimate manner. 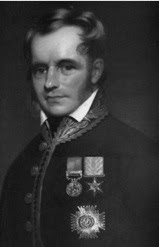 They met their match when the British East India Company became aware of their existence. The book describes how Thuggee was systematically wiped out by an expanding British presence unwilling to tolerate maniacs making the roads unsafe. The chapters on the anti-thug campaign, led by William Sleeman, are fascinating but also disappointing – disappointing not in the writing style but in the subject matter. Sleeman crushes the Thugs by the systematic application of modern policing methods and informers against which the traditional killers can do nothing. They do not stage any kind of counter-attack against Sleeman, or make any concerted attempt to avert their doom. This is hardly surprising, given that the Thugs were not actually a hierarchical devil cult with a supreme leader directing them, but it would make history far more exciting if they were.

In other ways, the book is a bit sadface and exciting of melancholic thoughts. Partly I found myself dwelling on the victims of the thugs – men, women, and children strangled by those they thought their new friends. Or else consider their families, who had to live after their loved ones simply disappeared on the open road. But there is something poignant about the Thugs themselves, as they were often people driven by economic desperation to take to a life of murderous crime. The inexorable campaign against them of the Company also excites some sympathy for them, as the hunters become the hunted and their wicked way of life is extinguished. The book ends with an account of the last Approvers (the name given to the Thug turncoats who informed on their fellows to escape hanging) being released from jail as old men, hobbling through an India that had changed completely since they had worked the roads. Dash describes them as walking the roads of India, not looking for people to kill but for somewhere they themselves could die.