Owls to the rescue 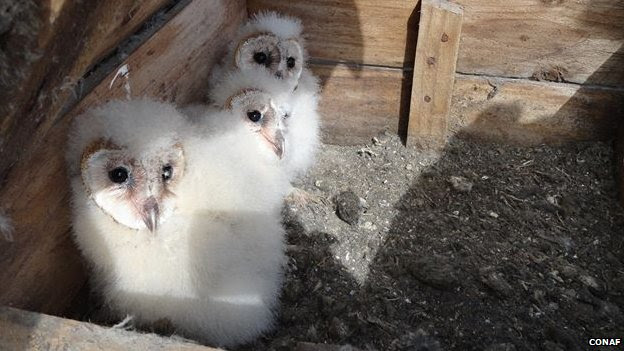 The long and thin country of Chile is in the grip of a terrifying hantavirus plague. This contagious disease is carried by long-tailed pygmy rice rats, who are themselves immune to its terrible effects. These rodents traditionally live in forests and usually it is only people who go out foraging for bamboo who catch it from them. Recent forest fires, however, have pushed the hantavirus carrying rice rats into urban areas, where they have spread the disease into the human population to an unprecedented extent.

The Chilean forest service is responding to this crisis by trying to swiftly increase the numbers of owls. The flying predators like nothing better than to devour the long-tailed rats, so they could function as a "biological regulator".

There is only one problem to this plan. Many Chileans have a superstitious fear of owls, believing that their hooting near a house means that someone in it is about to die. The Chilean authorities hope to convince people that the owls are in fact a signifier of protection from the plague, but they have their work cut out for them.

An inuit panda production
Posted by ian at 2:50 PM