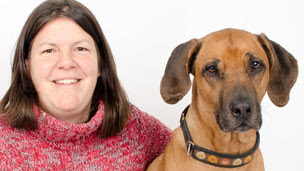 Science suggests that dogs are cleverer than previously thought. In particular, experiments into dog behaviour by Dr Juliane Kaminski indicates that they are capable of understanding situations from a non-canine point of view. Her experiment saw a human forbidding a dog from eating some food. Dogs were four times more likely to eat the forbidden food if the lights were turned off. Apparently the dogs understood that with the lights out, the human would not see them sneaking over to and eating the tasty food.