Indietracks: rounding off with some quick ones

A couple of other bands deserve quick mentions:

Tendertrap sounded pretty good, but we were wandering around the nearby farm looking at rabbits and llamas while they were playing. Their sound seems to have beefed up a bit, or maybe Amelia Fletcher (the singing economist) has always had a certain fondness for the hard-edges of music. 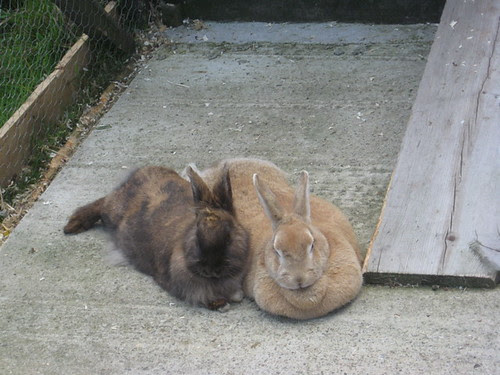 Cats on Fire were some Finnish fellows who seemed like a version of British Sea Power with better tunes and a more appealing frontman, surely a good thing.

Lucky Soul seem like the sort of band I should like, with their 60s influenced sound, suits and smartly dressed lady singer, but it did not come together for me.

Help Stamp Out Loneliness also had a smartly dressed lady singer, sporting a fetching hat of rather militaristic cast, but it was Mad For It Dave on guitars that I was more struck by.

And that's it, really. Would I go again? Yes I would, but I think if I did I would either bite early and book one of the handful of B&Bs in nearby Ripley, or (shudder) camp in the campsite attached to the park in which the railway centre lives. Staying in Nottingham and spending two hours a day on buses is very much the path of madness, particularly as the buses finish so early that you end up missing the last bands on Sunday.

One great thing about getting the bus back from Ripley was seeing this sleepy country town transformed. By day, Ripley seemed like somewhere where little happened, but on Saturday night the place became a centre for full-on mad for it action of a sort that would make Dublin's Temple Bar look like a place for the slippers and cocoa brigade.

And that's it for this year's indietracks, as I'm sure you will be pleased to hear.

more rabbit action
Posted by ian at 10:26 AM

Is that the end? I was enjoying that. What about Teenage Fanclub, were they redacted?

Sadly, this is the end. I missed Teenage Fanclub, because seeing them would have required missing the last bus back to Nottingham.