You Know, For Kids

I saw The Hudsucker Proxy again the other day, as part of a Coen Brothers retrospective, so it is with a certain poignancy that I read of the death of Richard Knerr. Together with Arthur "Spud" Melin, he headed the company that brought the world both the Hula-Hoop and the Frisbee.

The Guardian has an obituary of this great man (from which the photo of him has been taken). They also have a photo gallery of him and the things he and Mr Melin made, including the picture of Leapin' Louie & Lara Goldberg at the Florida State Canine Frisbee Disc Dog Championship in 2005. 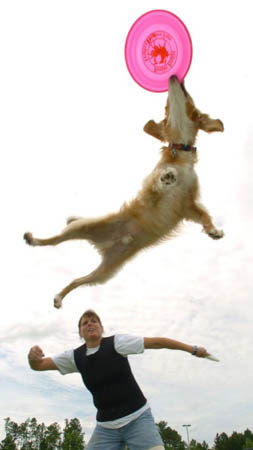 I loved my hula hoop, must see if I can get another. I know the frisbee is brilliant too but for some reason I could never get the hang of it and always sent back pathetic wobblers!