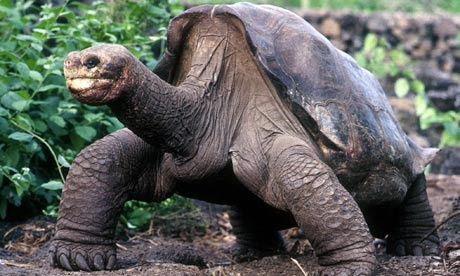 Reuters are reporting that Lonesome George has died. George was the last of a the Pinta Island subspecies of Galapagos giant tortoises. With him gone his kind are now extinct. There had been attempts to mate him with female tortoises from related subspecies, but their eggs failed to hatch.

Lonesome George's exact age is unknown, but he is believed to have been around a 100 years old.