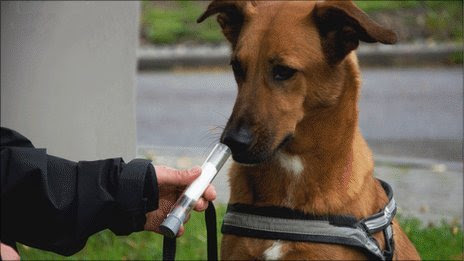 Scientists have demonstrated that trained dogs are capable of sniffing out lung cancer. In a controlled trial, the dogs had a 71% success rate in identifying patients suffering from the cancer. They also were very good at avoiding false positives.

There are apparently no plans to train up an army of clever dogs to assist doctors in diagnosing patients – it is believed that using dogs in clinics would be problematic. Instead the plan is to develop special robot noses that will be able to identify whatever it is about cancer that the dogs are smelling. As scientists do not yet know what it is that the clever canines use to sniff out cancer, it could be a while yet before these robot noses are among us.

I know which one I'd prefer if I had to go and get diagnosed. A robot can't cheer you up by jumping up on you and licking you face.