What am I reading?

I am reading three books at the moment. They are the following:

Natasha's Dance: A Cultural History of Russia by Orlando Figes

This is by the guy who wrote that book about the Russian Revolution a couple of years back. More recently he has brought out a book about everyday life during Stalinism. As the title suggests, this one is about Russian culture, with a particular theme being the conflicting tendencies towards Europeanisation or Russification (or even Asiaticisation*) in the country's culture. At any given moment, either of these tendencies might be seen as progressive and positive, depending on circumstances. At the moment I am up to the bit about the Decembrists, a crazy bunch of army types who were infected by liberal ideas during the war against Napoleon; they subsequently staged an ineffective revolt against czarist autocracy and were all either killed or exiled to Siberia. The Decembrists are funny in their devotion to the common man and their instinctive elitism, or in their combination of liberal values and blood-curdling anti-semitism.

The Battle for Spain: The Spanish Civil War 1936-1939 by Antony Beevor

Beevor wrote another book years ago about the Spanish Civil War. This new one comes in the light of greatly improved access to Soviet-era archives. Reading about the Spanish Civil War is always rather depressing. On the one hand, you have the robotic march of Franco's lot and their ongoing reign of terror. But on the other side, the story is very much about the Communists infiltrating and taking over the Republican apparatus, suppressing the more progressive elements, and then waging a ruinously incompetent war against the enemy. No one really comes well out of this. 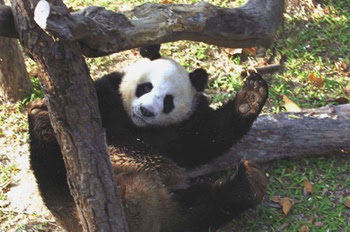 Reading Comics: How Graphic Novels Work and What They Mean by Douglas Wolk

This is by a superstar of I Love Comics, and was a recent find in my kickarse local library. The title is somewhat portentous, but basically this is firstly a description and analysis of how comics have developed, and then a trawl through some authors about whose work Wolk feels he has interesting things to say. A big part of the books theme seems to be the distinction between the comics mainstream and the world of "art comics", with the former in decline and the latter in the ascendant (albeit from a low base). He does not deny the pleasures to be had from well-done mainstream comics, but the auteurist art-comics are implicitly seen as more worthy of respect. I am not so sure of this… my big fear is that this sea-change in comics will lead to a depletion of the form's thrill-power levels, with disastrous consequences for us all. Read more on the thrill-power crisis here: Is the amount of Thrill Power in comics declining?

*I've just made up this word, but I'm guessing you can work out what it means
Posted by ian at 1:25 PM