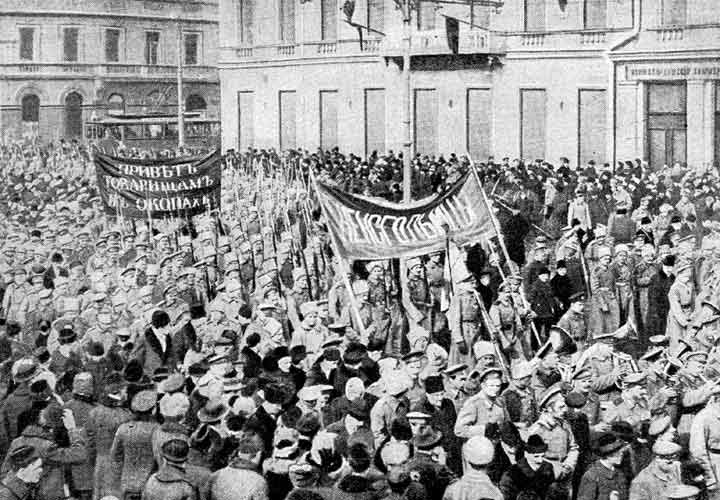 The Russian Revolution was a long process that began on the 8th of March 1917 when Petrograd, the Russian capital, erupted in strikes, demonstrations and riots. The Czarist regime was overthrown and replaced by a provisional government. That tried to keep Russia in the war against German and Austria but its army began to disintegrate. Domestically the provisional government saw its authority ebb away and in November 1917 it was overthrown by the Bolsheviks, who eventually negotiated a humiliating peace with Germany.

Aside from being an event of world historical significance, the Russian revolution is important in the First World War because it shows the price of defeat on the regimes of the belligerent nations. The Kaiser may have chortled as they watched the Czar being hustled out of power in 1917, but they must have realised that if Germany did not prevail then he would be next. In the short term, thought, the Russian revolution was a godsend for the Germans, as the removal of Russia from the war allowed Germany to transfer huge numbers of troops to France.

image source (Wikipedia)
Posted by ian at 11:11 AM