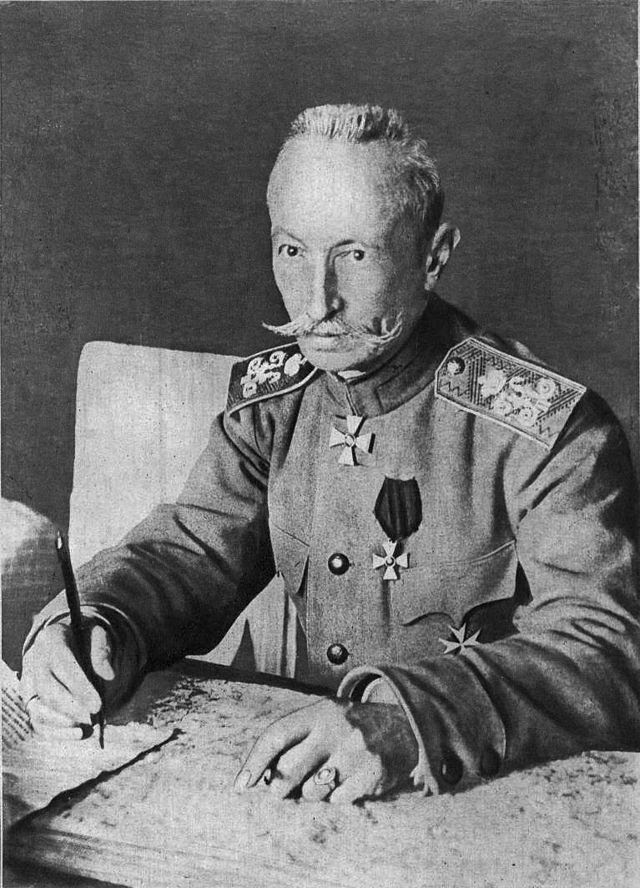 By 1916 the Russians had endured two years of battering at the hand of the Germans (whose Austrian allies were more of a hindrance than a help). But in 1916 the Russians went back on the offensive, with General Alexei Brusilov leading a broad front attack on the Austrians. The attack began on the 4th of June and shattered the Austrians. Brusilov's forces used innovative tactics — short artillery barrages followed up with attacks by shock troops rather than the human wave assaults favoured elsewhere.

The Brusilov Offensive brought the Austrians to the brink of collapse and the front line could only be stabilised by the infusion of German reinforcements. But ultimately the offensive achieved nothing. Brusilov had wanted it to be followed by more offensives elsewhere in the east, to keep the Germans and Austrians reeling, but the Russian commanders instead kept sending more reinforcements to Brusilov after his offensive had run its course. Russian soldiers were left feeling that they had suffered for nothing. Still, the offensive showed that it was possible to stage a successful attack against entrenched defenders, if the right tactics were used.

Despite his impeccably aristocratic and conservative credentials, Brusilov himself would go on to serve in the Bolshevik army during the Russian Civil War.

image source (Wikipedia)
Posted by ian at 11:08 AM