The March of Progress I: All Tomorrow's Parties 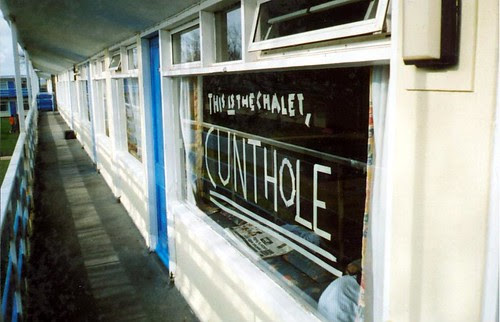 Could we soon be bidding farewell to the All Tomorrow's Parties festival? Late last year we had the unedifying spectacle of the Jeff Mangum curated ATP being postponed at almost the last minute with no explanation being offered. That event went ahead in March (and was greatly enjoyed by me, as previously noted) but was not that packed out. Then there was the sudden moving of next December's ATP (to be curated by The National) from Minehead to the much smaller Pontins in Camber Sands. And then there was the news that the ATP organisation was being wound up for non-payment of tax and stuff but then was rising from the ashes as some new organisation mysteriously controlled by the same people. And an American ATP festival was moved at short notice from New Jersey to New York.

None of this really augurs well and I would not be too surprised if the whole enterprise disappears this year or next. And this would be a shame. I know people like to scoff at All Tomorrow's Parties, but I have had a lot of fun at their festivals. The recent ones have been particularly enjoyable, so it is not like the events themselves were sliding into shite (creatively). So I hope they pull through their current difficulties and continue their heroic efforts.

The Magic of ATP

Email ThisBlogThis!Share to TwitterShare to FacebookShare to Pinterest
Labels: All Tomorrow's Parties