Like many European countries, Italy is in the midst of an economic crisis. Many people fear that if the Eurozone collapses their savings will become worthless and so want to lodge them in Swiss-franc denominated accounts in Switzerland. People who have dodged Italian taxes are also keen to get their ill-gotten gains into the famously discreet financial institutions of Switzerland and Liechtenstein.

But Italy's tax police have new helpers in their battle against the money smugglers - four legged help. Thanks partly to the efforts of Labradors trained to sniff out banknotes, there has recently been a steep increase in seizures of smuggled money. Labradors are apparently better at this kind of work than Alsatians, because they are calmer and have more discerning noses that allow them to make out the subtler smell of money. The clever dogs are trained only to respond when someone is carrying more than 40 bank notes, because if they are all €500 notes that will put the traveller over the legal limit. 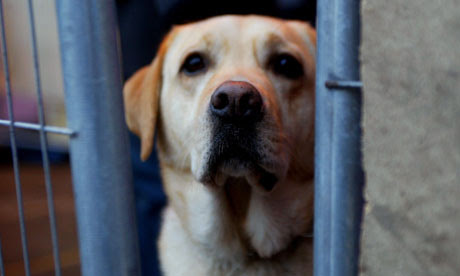