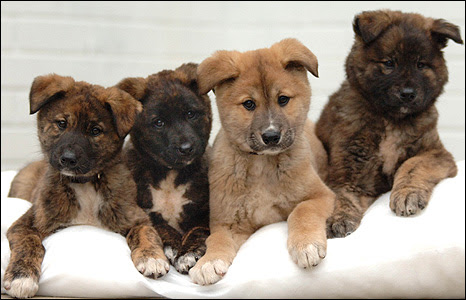 Germany took another step towards a return of fascism this week, when a court in Berlin stepped in to ban a show by an unnamed performance artist. The show was to have featured the live strangulation of puppies by the artist, as part of a protest by him or her against the strangulation of puppies. The artist had argued that the German Basic Law guarantees artistic freedom, but the court told him to "Gehen Sie weg und scheißen Sie!", pointing out that the harming of animals on stage is illegal.

An inuit panda production
Posted by ian at 3:09 PM