For those who have not read the last two posts, I wrote the text below while listening to Nick Cave & The Bad Seeds Kicking Against The Pricks for the first time. This was part of a project to compare this album to Pinups by David Bowie.

Note – this record has less in the way of sleevenotes, so with the tracks I do not know I have nothing to go on for who might originally have recorded them.

1. Muddy Water
(Bundrick)
This seems to be some kind of po' folks and their miserable lives songs, with some river having burst its banks and flooded all their stuff. Oh dear. Its grimness makes it somewhat of a piece with Cave's own musical oeuvre; I suspect that this will be a feature of this record. 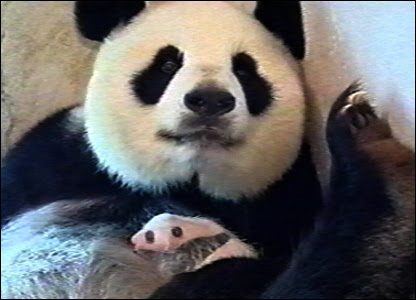 2. I'm Gonna Kill That Woman
(Hooker)
The title suggests that this is one of those songs about some guy who is going to kill his wife, a lyrical subject that Cave managed to get a whole album of original tunes from. The songwriter on this is John Lee Hooker, and you can hear the bluesiness of this, for all that it has the more strung out Cave-style arrangements. That woman of the title seems to have done the narrator wrong in some way, and now she is for it.

3. Sleeping Annaleah
(Newbury / Folger)
I don't know this one, I don't recognise the composers. It is in waltz time, with an intro that almost calls to mind the Dresden Dolls. I think this song might be some older man affirming his love to some young lady… maybe I am projecting, but I think the lady might be very young indeed, making the singer something of a dirty rotter.

4. Long Black Veil
(Del / Wilkins)
Mmmm, is this sung by a ghost, about his still lover and how she remains true to his memory? The tune manages to be both jaunty and miserable at the same time. I am curious as to whether this is an English or American folk tune.

5. Hey Joe
(Roberts)
This is of course most famous in the Jimi Hendrix Experience version. Rather than compete with Hendrix, Cave and the Bad Seeds have recorded a version with the guitar lines fairly buried. Instead, this sounds slow and doomy, without the slightly poppy features of the more familiar rendering. And it is another song about a man murdering his woman. Huzzah!

6. The Singer (a.k.a. The Folksinger)
(Cash / Daniels)
I'm guessing that the Cash above is Johnny Cash, as opposed to Barry Cash. Or maybe not, it does not have the kind of boom-tisch boom-tisch beat you expect with one of his tunes. It is an
[not quite sure what happened there, oh well, I was probably going to say something about how totally epic this song is]

7. Black Betty
(Leadbelly)
This starts off like something from Oh Brother Where Art Thou?, and then turns into a version of the song that is perhaps best known in its recording by Ram Jam.

9. All Tomorrow's Parties
(Reed)
It's odd to think that Nico was still alive when this was recorded. Cave does not try to imitate her voice, which is probably just as well, but you do miss her on it. The arrangement manages to evoke the Velvet Underground recording, without particularly sounding like it.

I remember once recording the original for someone, and she hated it, pointing out that it just goes on forever with Nico droning out the same verses over and over again in a dirge-like style to an accompaniment that neither changes nor developments. This song is a bit more dynamic, but it does still suffer from the repetitive lyrics problem.

10. By The Time I Get To Phoenix
(Webb)
This song is of course very well known, by this stage having several definitive versions. This version seems pretty straight, with Cave maybe showing off here the side of his musical self that would see him ultimately becoming a popular figure with people who do not like challenging music. That is not necessarily a criticism, for with this kind of song you do not really need to add on any prickology.

11. The Hammer Song
(Harvey)
I do not know this song. It is interesting.

12. Something's Gotten Hold Of My Heart
(Greenaway / Cook)
I think this is most famous as sung by Gene Pitney, but I am more familiar with the recording by Auto Da Fe. These were an Irish electropop band whose members were tradders selling out their heritage in an unsuccessful quest for yankee dollar. In retrospect, Auto Da Fe were probably pretty lame, but I was then fond of their somewhat gothic approach.

This version is pretty gothic too, and not very electropop.

13. Jesus Met The Woman At The Well
(Trad arr. The Alabama Singers)
I was wondering if this might bear any similarity to Planxty's 'The Well Below The Valley', another trad arr. tune apparently based on the story of Jesus meeting a woman at a well and telling her all about her self. Sadly, this is considerably less grim, featuring no child murder or incest, and sticking more closely to the god bothery story in the Bible. I reckon this is probably one of those Negro Spirituals you hear about.

14. The Carnival Is Over
(Springfield / Farlan)
Unlike Bowie, Nick Cave knows how to pick a song to end a record with. I do not know anything about this song, but I am be curious as to whether it originally ended whatever album it appeared on.

"Long Black Veil" was written by Marijohn Wilkin (American). Auto Da Fe! Loved that sound, even though they were only around for a while. I prefer Pitney's version, but theirs is a close second. Nice post.

Cheers. Me bird laughs at me for liking Auto Da Fe in the past, but this may be more to do with their later shite synthpop attempts like 'Hot Hot Hot'.