For those not paying attention, I wrote the text below while listening to David Bowie's Pinups for the first time. This was part of a project to compare this album to Kicking Against The Pricks by Nick Cave and the Bad Seeds.

1. Rosalyn
(Duncan / Farley)
This seems to be by the Pretty Things. I don't know anything about them. I think this might be one of those 60s mod tunes you hear about, or maybe something from the more frenetic end of 1950s music. It is pretty groovey. 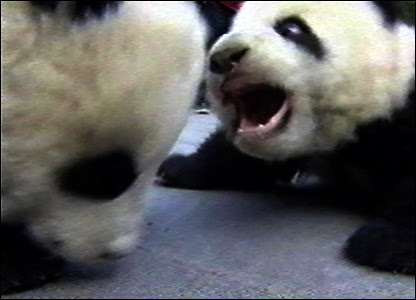 2. Here Comes The Night
(Berns)
And this is the song that Them recorded. I'm curious about the songwriting credit to Berns. I wonder was he one of Them, or is he just some guy from somewhere, whose song was taken by the Nornie rockers. As with the Them version, this recording shows up the song's strangely dichotomous nature, mixing as it does the epic chorus with the frankly cheesy verses.

Was the sax break on the original?

3. I Wish You Would
(Arnold)
I wonder where this is from originally? It sounds almost like Southern Rock, with its hot riffs and occasional 'When The Levee Breaks' noises. I suspect the Blues of being somewhere involved here.

The notes suggest this might be a Yardbirds song.

4. See Emily Play
(Barrett)
This is of course a version of the Syd Barrett-era Pink Floyd classic, though with vocals and treatments that call to mind the Beatles' 'I Am The Walrus'. That said, I am somewhat getting the way Bowie is doing all the songs on the album now – they seem to be definitely rocked up as compared to the originals.

5. Everything's Alright
(Crouch / Konrad / Stavely / James / Karlson)
This is not the song from Jesus Christ Superstar, but a tune by some people called the Mojos. It is hard to pin down from listening to it what the original would have sounded like. Maybe freakbeat, maybe white soul, or early 1970s pop.

6. I Can't Explain
(Townshend)
The Who's classic made to sound slow and relentless rather than poptastic. So it maybe not so much a floor filler as an object of threat.

7. Friday On My Mind
(Young / Vanda)
I think this is originally a late 1960s pop psych tune. The sleevenotes suggest that some people called The Easybeats might be involved. This one is maybe a bit slight.

8. Sorrow
(Feldman / Goldstein / Gottehrer)
This is Bowie trying to establish his "proper singer" credentials, taking on the kind of song your ma would like. The original seems to have something to do with people called The Merseys. I do not know them. I find this almost reminiscent of the Walker Brothers.

9. Don't Bring Me Down
(Dee)
This sounds like it might be some kind of old electric blues tune given the Bowie treatment. It is possibly another track by The Pretty Things, thus proving either that I cannot judge the origin of tunes or that Bowie's arrangements are confounding expectations.

10. Shapes Of Things
(Samwell-Smith / McCarty / Relf)
This sounds like another uptempo pop psych tune, almost like a UK version of 'I Just Dropped In To See What Condition My Condition Was In'. Oh wait, it is a Yardbirds tune, if I am reading the notes correctly.

It has a slightly strange drawn out ending, not quite what you would expect from something so poppy.

11. Anyway, Anyhow, Anywhere
(Townshend / Daltrey)
This second Who song sounds a lot more like its progenitor than the previous one. Bowie seems even to have yeowed up his vocals, in emulation of the Daltrey. I like it.

12. Where Have All The Good Times Gone?
(Davies)
And this is The Kinks. I thought I knew the big Kinks tunes, but this does not ring bells. I know The Kinks had their electric moments, but this seems a lot heavier than anything that lot managed. This is maybe not the best tune to have finished with, as something quieter or more epic might have done the job more effectively.