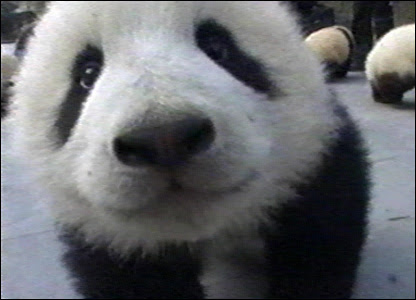 After my amazing last post, I thought of never posting again. But here I am. I thought I would fill you in on forthcoming events in my amazing life. But first, some link action...

2. Trashley illustrates the death of Charlton Heston, drawing an obvious but strangely not otherwise made point.

3. "Queenie" is inviting people to nominate THE GREATEST BANDS OF ALL TIME. I cleverly forgot all about Sonic Youth.

5. People on the Internet are very mature. (requires login)

And so to my amazing life. These are the things I am looking to go to over the next while. Maybe see you at them.

2/5/2008 - Stravinsky's Rite of Spring, perhaps the greatest piece of music ever written.

13/5/2008 - Black Mountain bring their spacey rock sounds to Dublin. A festival band say some, others may disagree.

25/5/2008 - Public Enemy. I think they may be doing that Don't Look Back shite to It Takes A Nation of Millions.... Normally I am against this kind of thing, but maybe I would rather see Public Enemy do it than not see Public Enemy.

Email ThisBlogThis!Share to TwitterShare to FacebookShare to Pinterest
Labels: Blogs

OK so maybe Trashley was not the only one.