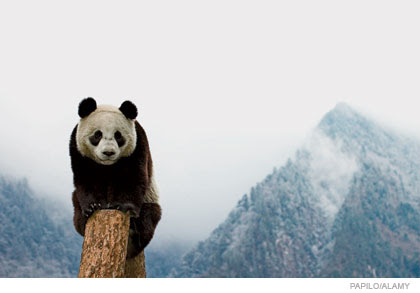 Let me take a break from my incredibly fascinating recounting of things seen at the Nightmare Before Christmas, to instead let you know what I think about this well-known film. As you know, it is about three brothers with problematic inter-relationships who are on a holiday together in India, travelling on a train to Darjeeling. It was made by that Wes Anderson fellow who has made many other popular films. Since his Rushmore, I have derived decreasing utility from his works, but this one really affected me, with the film managing to be both funny and poignant. I suppose Anderson is helped by the three excellent actors (Adrien Brody, Jason Schwartzman, and Owen Wilson) he has playing the brothers, and the astonishing backdrop of India and the superposh end of its train system does not hurt either. But I reckon the best thing about this film is probably the cinematography and the art direction… it just all looks so beautiful. And Anderson's ability to marry images to music remains very impressive; using so many songs by the Kinks in a film about feuding brothers is maybe a bit obvious, but it works well in the context. I also liked the film's lack of comedy Indian characters, though I was a bit underwhelmed by the unlikely brief romance by the Jason Schwartzman character and the lady conductor.

One amusing thing about the film is that it is preceded by a short called The Hotel Chevalier, which gets its own certificate from the censor up on the screen. This led to some "Where's the fucking shark?*" reactions from the audience, before it became obvious that the short links into the main feature that follows it.

The short on its own was delightful. There is a wonderful piece of cinematic formalism in it when the character in it sets whiny classic 'Where Do You Go To My Lovely?' playing, and then the camera pans around the room alighting on things that are mentioned in the lyrics. Crazy, man, crazy.

*this is a complicated reference to the time Accent Monkey's dad went to see Barry Lyndon in the cinema, and some guy came in before the film started and fell asleep during the trailers. Later on, some loud noise woke him and he was confused to discover that the cinema was not showing Jaws
Posted by ian at 10:11 PM

Was it not her auntie?

I still have not seen this film, but I look forward to double-clicking the file on my desktop.

Short film was terrible! Really put me off. Testament to how much I liked Darjeeling Limited that I came away happy rather than grrr pretentious twaddle.

The panda looks like it is really finding peace within itself. <3

Andrew - notwithstanding the facts, in my mind it is always Trish's dad who utters the immortal line.