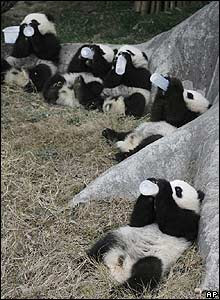 On Sunday morning, ATP TV were showing this documentary by Werner Herzog, about some German guy called Dieter who joined the US Navy air force during the Vietnam War. He was eventually shot down over enemy territory, and locked up in one of those scary prisoner of war camps you see in films. After a bit he busted loose with some other guy and they tried to escape to freedom. Dieter made it, the other guy didn't. What is funny about the film is that Dieter – who spends a lot of the film talking to camera, often in the places where unpleasant things happened to him – seems like an incredibly chirpy and well-adjusted fellow, even while describing the grimmest of events. "Watching my friend being killed in front of me, it was terrible. I wanted to die too… but here I am, let's party burr burr burr" seemed to be his attitude. Herzog wasn't really having it, so all his narration was all "The pointlessness of human existence is revealed yet again by Dieter's desperate attempts to put a happy face on his travails etc.". I reckon these two would make a great comedy double act.

Herzog recently made a drama film about Dieter's story, with crazy man Christian Bale playing the German pilot. I suppose I have given away a lot of the plot in the last paragraph. Ho ho ho.

One odd thing about this film is that it got me wondering if Herzog has a bit of a thing for bears. You are familiar of course with his Grizzly Man film, about that guy who made friends with grizzly bears and was then eaten by one. And recently I saw a film showing of his Kaspar Hauser, which features a circus and a performing bear. In Little Dieter Wants To Fly, Dieter talks about how when he was lost in the jungle and all alone, a bear started following him around. He began to see the bear as his friend, as it was the only living thing with which he was having any interaction. Then he realised that the bear was just waiting for him to die, so that he could eat him. "But I didn't mind, he was still my friend," says Dieter.

no worries on the tag thingy you old butterfingered slackass:)
I bet it got you thinking though hmm..my life in six words...Dieter's could be "sweet my friend didn't eat me"

That's so weird. I ended up getting that movie from my online dvd rental place recently and while I was watching it had the same thought.