Let me talk about the support act first. They were called Cowboy X, and a worryingly high proportion of the thin audience seemed to be here to see them. They are one of those she-sings, they-play-instruments bands, and on this outing at least they came across as a bit lame. I put this down to weak tunes and a singer who is not actually that brilliant (in contrast to the musicians, who seemed quite good at piling on the music). Still, they did a non-embarrassing cover of P.J. Harvey's 'Dress', probably one of my top ten favourite songs ever; with proper songwriting maybe Cowboy X might amount to something. 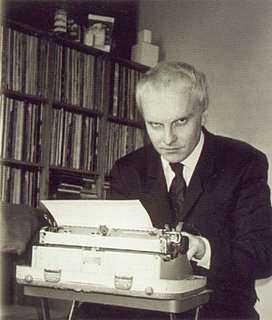 Hainser was playing on his own, taking us on a trip through his musical career, playing songs from The Auteurs, Baader Meinhof, Black Box Recorder, and his more recent solo recordings. Now, I had heard previously that Haines was something of a grumpy bollocks, but tonight he came across as a very amiable fellow indeed, cracking wry jokes between the songs and generally giving the impression that he was glad we had come out to see him. Still, when he played, there was an undercurrent of bitter nastiness to what he did. The Black Box Recorder tracks were particularly interesting, as this was my first time hearing him rather than lovely Sarah Nixey singing them. 'England Made Me' suited well the new nasty delivery. Haines also revealed that i) he had not written the talky bits in 'Child Psychology', ii) that he was not really that taken with them, but iii) he had written the "Life is unfair - kill yourself or get over it" chorus, considers it to be his masterpiece, and was somewhat disappointed when the 'Child Psychology' single peaked at #85 in the charts. 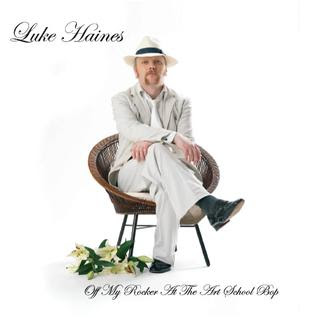 The newer tunes impressed me enough to buy his new album, which is called Off My Rocker At The Art School Bop. I like it. There is a song about Gary Glitter on it. Haines was at great pains to point out to us that some of the lyrics were in Glitter's narrative voice and do not represent Haines' own opinions; uncertainty on this point had led to some unpleasantness when he recently played Liverpool.

So yeah, Luke Haines, legendary figure in music, never received the success that was his due despite releasing loads of great records. Maybe I will throw together a compilation of great tunes by him for the education of the masses.

I've never heard any of Luke Haines other bands or solo stuff but I'm a HUGE fan of the lyrics of Black Box Recorder. Would I like anything else of his? I do love Sarah Nixey's voice, and the general pop-ness of BBR, too.

Jennifer, I will come back to you with recommendations of music by Old Haines in due course.