Cats have taken the Internet by storm - and now one cat is trying to replicate that success in the world of politics. For the Mexican city of Xalapa's next mayor might just be the black and white feline Morris. El Candigato, as Morris is known, is believed by his supporters to be ideally suited to rid the body politic of the various rats who have infested it.

Morris now has some 138,000 likes on Facebook and his campaign reportedly has the established Mexican parties worried. And his campaign is not without controversy - a local journalist has suggested that his campaign is a trick by the dominant Partido Revolucionario Institucional, designed to lure voters away from other opposition parties. Morris has not commented on these allegations. 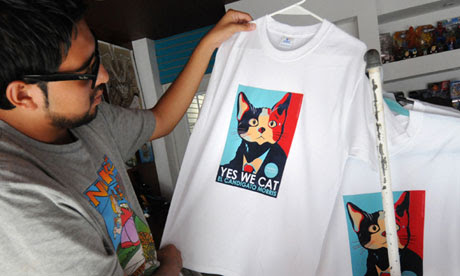