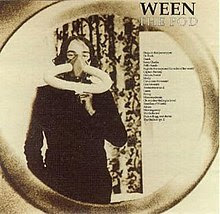 What can I say about this that has not already been said? As you know, this is a compilation of relatively early tunes by Laughing Len, from the late 1960s and early to mid 1970s – basically from before he went electronic.

A couple of things strike me here. Firstly, from reading the sleevenotes about how the songs came to be written, one thing is clear – Leonard Cohen will get up on a slow dog. Secondly, for all that people go on about what a great songwriter Cohen is, what really impresses me about this record is the production and sound engineering – there is a real quality to the way the voice and acoustic guitar have been recorded that creates an enveloping musical atmosphere. It may not be for nothing that my favourite tune here is 'The Partisan', a cover of a French resistance tune from the Second World War (and already known to me in the storming version by Electrelane) – it is more evocative of real situations and terrible emotions than the various accounts of the notches on Mr Cohen's bedpost.

What does this all mean? Well, it makes it unlikely that I will ever throw away my money trying to see Mr Cohen live – the local enormodome is hardly going to reproduce the dainty sound of these recordings. I also doubt that I will ever want to explore any of his dreadful electronic records; hearing some of them once in a taxi made me wonder how Cohen managed to retain a recording career. In fact, I probably will not bother with any of his actual albums at all – this really is all the Leonard Cohen I will ever want.

An inuit panda production
Posted by ian at 10:18 PM