That's right – I am still going on about the last day of that festival. 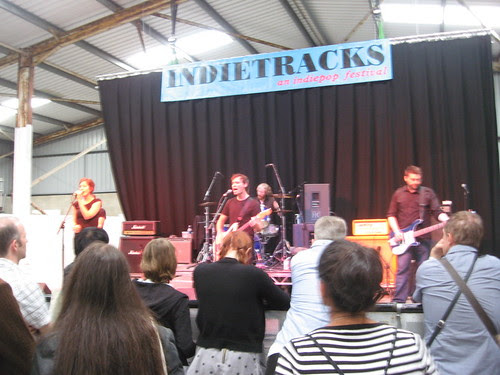 I went to see reformed Sarah act Secret Shine in the indoor venue, mainly because I hoped they would be rubbish and so we would be able to review them thus: "Secret Shine? Secret shite, more like". It was therefore a big disappointment when they turned out to be a kickarse shoegaze band. I was sorry to only catch the last few songs of their high quality set. They have apparently reformed properly (recording new material that apparently makes up a lot of their set), so it is possible they will come and play live in your town soon. 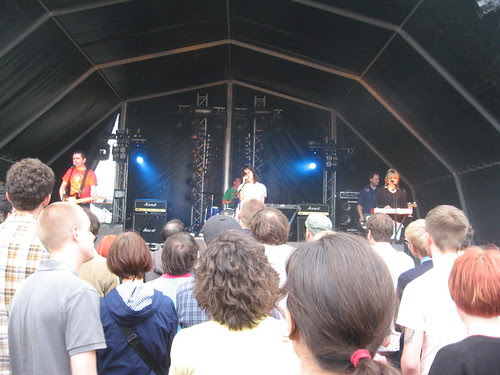 And then there were Shrag, playing on the main stage. 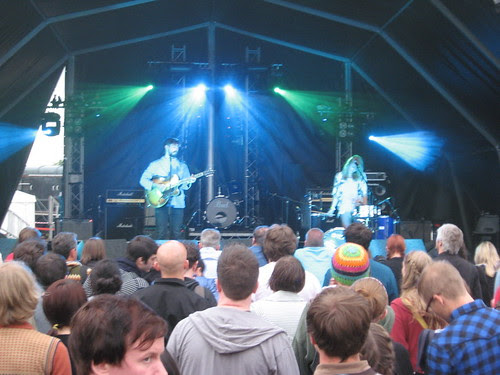 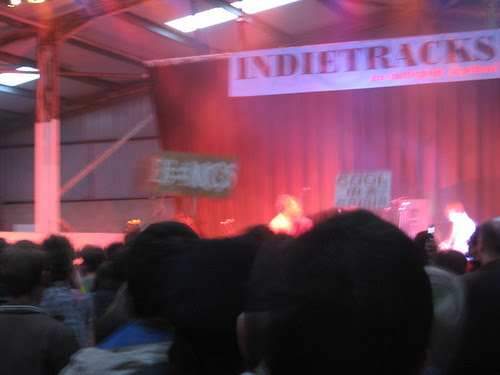 I'm enjoying your Indietracks reviews. I have nothing insightful to add.

Cheers Dave. By the way, did you ever post your Henry Cow Box Set thing on your blog? I want to link to it from mine sometime, but when I tried to look for it on LiveJournal I ended up with every post by anyone who has ever mentioned Henry Cow.