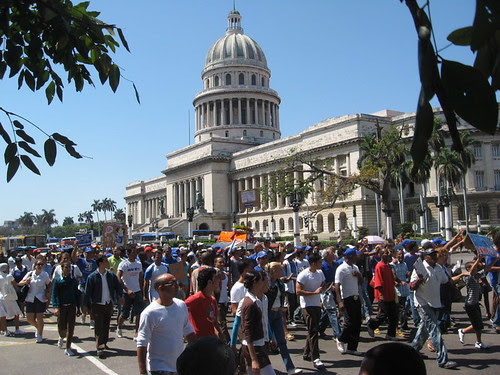 These are three CDs picked up in Cuba. Nueva Trova is a particular musical genre found in that island nation, being (I think) kind of like a newly politicised post-revolutionary version of Trova, a song-based folk music. I was kind of hoping from reading about Nueva Trova that this record would sound a bit like East Germany's own Oktoberklub. Sadly it is actually a completely dreadful record with awful songs on which people over-emote. Maybe the lyrics are about the need to bring in the largest sugar harvest in Cuba's history, but this record is going straight to Oxfam. 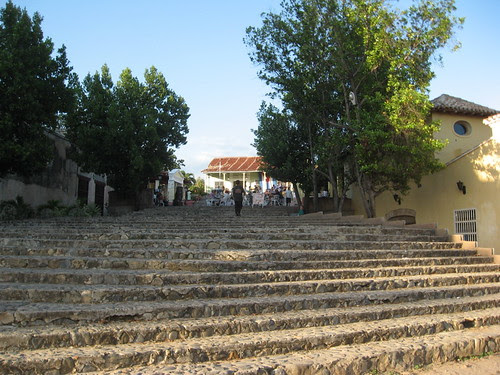 Sabor De Cuba are people we saw in the Hotel Nacional, while Las Cuervas are some above average Buena Vista style types we saw playing in the café on the steps in Trinidad. They are both enjoyable albums to listen to, but the post-holiday effect makes the music a bit less exciting. Maybe I should mix myself a nice strong mojito and listen to them again.

An inuit panda production
Posted by ian at 10:11 AM