Man in cell stares at reader 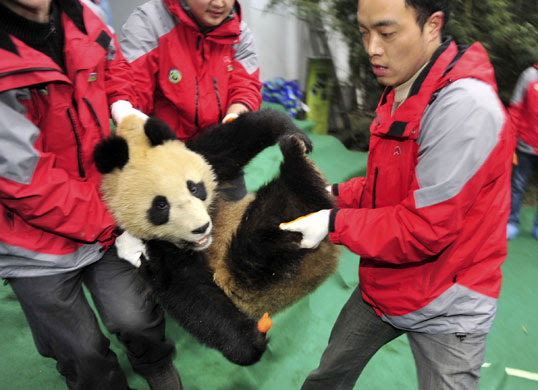 This is actually a bit of a swizz – it is not actually a comic in its own right, but a preview for a comic due later this year. In my day, these kind of previews were given away for free, but this is being sold for cash money (albeit not that much cash money), so basically I have stumped up cash for an extended advertisement. Thanks, Avatar.

The comic itself is a sequel to Alan Moore's The Courtyard, a comic from a couple of years back drawn by Jacen Burrows and based on a story by Alan Moore (but not, I recall, scripted by him). That was a dark, Lovecraftian themed tale in which a man investigating some gruesome murders trips over to the other side and ends up with a bit more understanding of the murderers' mindset than he was initially looking for. If you see a copy, pick it up - it is a very impressive piece of work.

Neonomicon begins with two FBI agents visiting their former colleague, now banged up in some high security psychiatric institute. They try to get some information from him on these still continuing murders, but his only response is either gibberish of the "Yhunnuc Lloigor ch'h'k b'nugh R'lyeh" variety, or else angry silence. That's it really; there is a bit of characterisation of the two agents, but it is not clear at this stage if this is just redundant colouring or something that will lead somewhere. When the actual comic comes out I will acquire it, as I am that fond of the work it follows, but there is not enough here to say whether it will be as good as its predecessor.

One thing I am a bit ambivalent on is the art. Burrows' fairly basic black and white art for The Courtyard worked well with the claustrophic story, but Neonomicon is in colour. It is not bad colour, but I reckon that black and white would probably suit the subject matter better.

Pandas that man was not meant to know image source
Posted by ian at 10:32 AM

Email ThisBlogThis!Share to TwitterShare to FacebookShare to Pinterest
Labels: comics