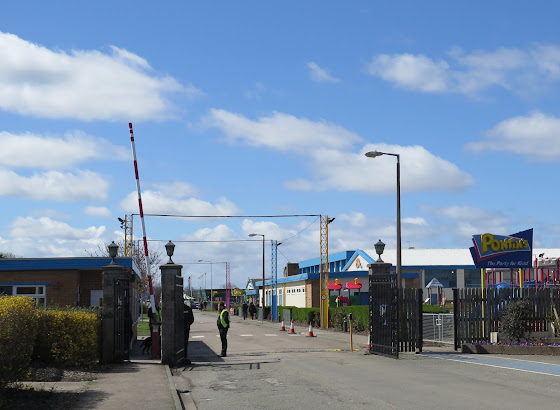 What's that, readers? You would like to read an account of what we now know to have been the last ever All Tomorrow's Parties festival? Well then, you've come to the rights place, for now I present part one of an account of my recent visit to sunny Prestatyn, where ATP was taking place in the Pontins holiday camp just outside the town. By now most people are broadly familiar with the All Tomorrow's Parties drill - it is a festival in an out-of-season holiday camp featuring left-field bands of today together with a smattering of musical artists of yore. The events are curated by someone, usually a band or musician though not always, who sets the agenda and has a major role in picking the acts who play. This year the curator was the popular comedian Stewart Lee.

People who get their news about the world solely from this blog may now be somewhat confused. Wasn't there an All Tomorrow's Parties a few years ago that was the last ever ATP? Yes there was, it was curated by Mogwai. I was there and so were many of my associates. So how was there another ATP happening in April? Well one might wonder about this question. It seems as though Barry Hogan (Mr ATP) decided that the world needed more holiday camp festival action. There was a winter ATP (officially a Nightmare Before Christmas) in Prestatyn last November and then two festivals were announced for May this year, the Stewart Lee curated one and another curated by Drive Like Jehu (a band).

The ATP have a well-deserved reputation for organisational and financial failure, with previous festivals cancelled or postponed at short notice. This made me a bit wary of signing up to this Stewart Lee ATP. This was the first all-new ATP that anyone I knew was going to and I was thinking that maybe it would be better to let them test the waters before I started trying to attend one myself. After looking at the tasty line-up however I decided to take the plunge. Given that anyone who buys ATP tickets on credit card can get a refund if the event is cancelled, all I would have to lose if it went south was the cost of getting to Prestatyn, which is not very much if you travel by boat and train from Dublin and are rolling in cash like me. Nothing ventured nothing gained.

And then in March, about six weeks before the festival date, signs emerged that it might not take place. There were reports that ATP had missed a payment to Pontins and lost the holiday camp in which the festival was due to take place. People became rather irate, but eventually ATP were able to pony up some cash and secure the site for the Stewart Lee weekend. Drive Like Jesu fans were less fortunate: it was announced that their festival would definitely be taking place, no problem, but was being moved to Manchester, with ticket holders being put up in hotels.

That pretty much was that until it was time to head over to Wales for music fun. There were a lot of us coming over from Dublin, because Prestatyn is basically the most easily accessible ATP venue yet for people from our fair city. The ferry brings you across the Irish Sea and then the train brings you to Prestatyn, in easy walking distance of the holiday camp. I was on the Stena ferry with a number of exciting people. We stopped for lunch in Holyhead and then travelled on to Prestatyn. There we had some time to kill before we could enter the camp site (bureaucratic reasons) so we grabbed a quick pint in a local hostelry. This proved to be a mistake, at least for me, as the hearty ales consumed meant that my early start began to catch up with me, making me a bit *tired*. Worse, when I met one of my abstemious American friends and his no-doubt equally abstemious chalet-mates I had to make great efforts to hold it together and not come across as some drink-addled lush. I think I managed, but one can never tell.

When you go to an all new site for a festival there is always the fun game of compare and contrast with previous venues. The Prestatyn camp is a Pontins, which means it is part of the same chain as the Camber Sands site where the fun began all those years ago. The chalets looked eerily familiar, clearly having been cut from the same cloth as their friends in Sussex. The camp seemed a bit smaller, with the chalets more compactly arranged, though I might just be thinking that because our chalet was closer to the venue.

One odd feature of this ATP was that there was a sniffer dog at the entrance. I presume it was checking for drøgs but who knows, maybe he was one of those dogs who can sniff out people who are secretly ISIS cultists. As is the way of these things, he soon had his own Twitter account. 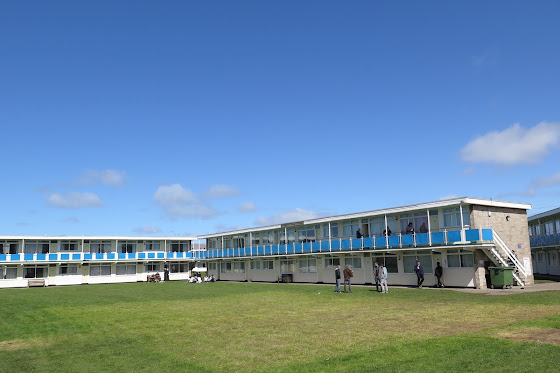