G is for… Gary Glitter

In the pages of Frank's APA we are running through the letters of the alphabet. I am somewhat behind. 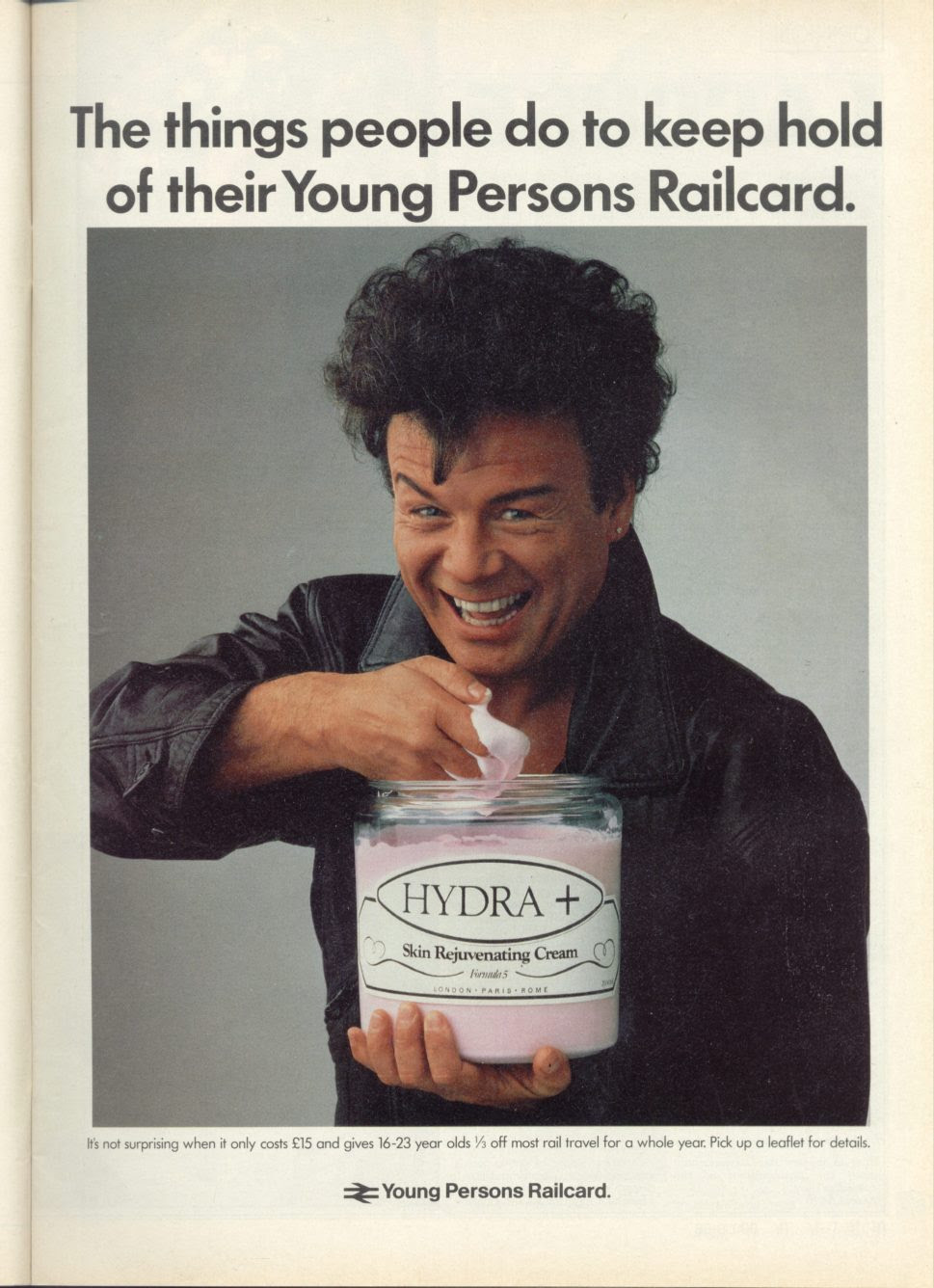 Gary Glitter was already a bit past his prime when I first became aware of him. I think he may have had a hit single called something like 'Bring On The Dancing Girls' or 'Dance Me Up' or something, but he was a figure from the past. From the perspective of my youth, anyone whose prime hits were from a couple of years previously was a figure from another age. He was a pop star growing old, and his public image seemed to play on this. There was an advertisement for British Rail in which he was desperately smearing some kind of anti-wrinkle cream on himself in an attempt to be eligible for a young person's rail card.

It was only really in the later 1980s that I began to look back on the hits of his heyday - tracks like 'I'm the Leader of the Gang' (in which he helpfully offers to put the bang back into gang), 'Do You Wanna Touch Me?', and both versions of 'Rock and Roll'. The gateway for my re-exploration might well have been The Timelords, with their Glitter-sampling 'Doctorin' the Tardis' and their having Glitter join them on Top of the Pops for 'Gary in the Tardis'.

The classic floor-fillers from Mr Glitter are hypnotic stompers, driven by his band's two drummers and boasting a line-up more brass-heavy than is normal in rock music. Listened to as music, without thoughts of Mr Glitter's later troubles with the law or rockist conceptions of this music being kitsch or lacking in credibility, it is impossible not to be swept along by their insistent rhythms.

Of course, when you start talking about the musical greatness of Gary Glitter, you get into questions about what it means to like a pop star like him. I was going to say that he did not write his songs, though I see now that actually he co-wrote them with producer and manager Mike Leander. Even so, the appeal of these tracks is not the songwriting or Glitter's vocals. It is the production and the unstoppable rhythm of the two drummers. And yet, if you listen to songs recorded without him by the Glitter Band (in particular if you watch performances on YouTube or the like), it is clear that they are lacking a certain something. The swagger and flamboyance of the Leader makes the songs he fronts something more than just the sum of their parts.

As time passed, Gary Glitter stopped troubling the charts but remained something of a live draw, with his Christmas tours being events that would always draw in the crowds. The songs still attracted airplay, with 'Rock and Roll Part 2' acquiring a strange afterlife as the soundtrack to sporting events in the USA, a land in which Glitter's music had never shifted many units.

But then came Glitter's arrest, trial and imprisonment. It turned out that he had been an avid collector of child pornography. Overnight a well-loved entertainer was transformed into that great folk devil of our time, the nonce. On release from prison he left the UK for Vietnam but was convicted there of sexual offences with a number of underage women and eventually deported back to the UK, where he now faces further investigations arising out of historic accusations arising from the Jimmy Savile case.

Glitter is now one of the most hated men in Britain, far more so than many other ageing rockers who ignored age of consent laws back in the day. One hears apocryphal stories of people having their faces punched in if they sing a Gary Glitter song in karaoke bars. I have always been keen to separate artistic endeavours from the person undertaking those endeavours, but I am aware that for many saying that you like the music of Gary Glitter is an act of unacceptable transgression.

He may not have much of a musical legacy. Adam and the Ants and Bow Wow Wow were probably copying the Glitter Band's twin drum attack, for all they were cool pop entryists of the post-punk era. Lawrence from Denim recruited at least some of the Glitter Band to play on his awesome Back in Denim album, with the twin drummers being most noticeable on the iconoclastic single 'Middle of the Road'. I think any band with two drummers owes an unacknowledged debt to Glitter, with memories of 'Rock and Roll' or 'Do You Wanna Touch Me' leading to musicians' thinking: "Why don't we have two drummers?"

It is not a direct influence, but Glitter also indirectly gave us the great Luke Haines song 'Bad Reputation'. In that Haines imagines an embittered and somewhat delusional Glitter railing against the bitter fate that has brought him down, blind to any thought of his own role in his downfall, while his former bandmates curse the fact that his sins have taken down their livelihoods with his.

Since I wrote the above, Mr Glitter has been charged with a number of sexual offences against teenage girls in the late 1970s.

Denim 'Middle of the Road' (Spotify)

I always assumed The Fall's two-drummer line-up in the late 80s was inspired by Glitter.

It seems it was the case:
http://en.wikipedia.org/wiki/Gary_Glitter#Influence_on_other_musicians