Secrets of the Cat Burglar Cats 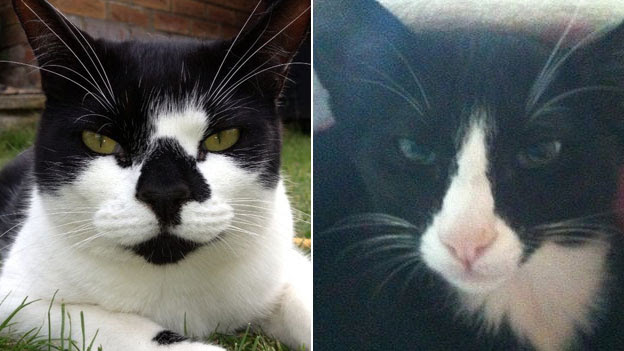 Cats are well known for their habit of bringing little gifts for their owners - usually half-eaten mice or mangled birds. But an important report on the BBC News website concerns two cats somewhat more ambitious in their gifting. Theo, a Siamese cross from Ipswich, has previously presented his owners with stolen clothing items, phone chargers and cat toys. This year, however, he has got into the festive spirit by bringing home a variety of Christmas decorations believed to be filched from neighbours' Christmas trees.

The same article reports that Luton cat Denis typically brings home underwear, shoes and similar items, acquired in a less than legal manner. After Christmas, however, he impresses his owners by delivering piles of Christmas wrapping paper to them.

Both cats are apparently not very good at catching birds or small rodents.

Cat experts believe that behaviour like this is typical of felines who were not thought to hunt properly as kittens. When they grow up, they become fixated on cat toys and human objects and retrieve them instead of launching murderous campaigns against other animals.