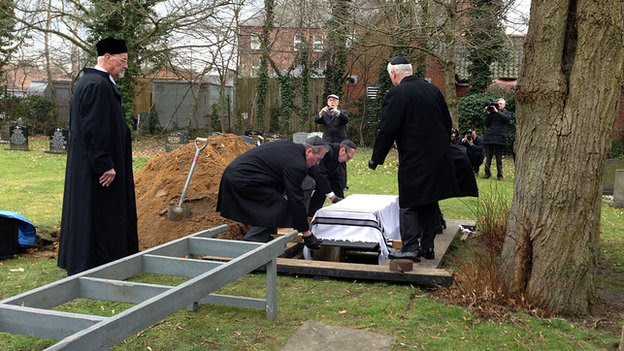 Some time ago I mentioned a report on the BBC website about the bodies of 17 people found in a well in Norwich. The 17 had been murdered in the 12th or 13th century and were almost certainly members of the city's Jewish community who had fell victim to their Christian neighbours. 11 of them were children aged between two and 15. The remainder were adult men and women.

The BBC reports now that the 17 have been reburied in a Jewish cemetery in accordance with Jewish religious practices.

Email ThisBlogThis!Share to TwitterShare to FacebookShare to Pinterest
Labels: History