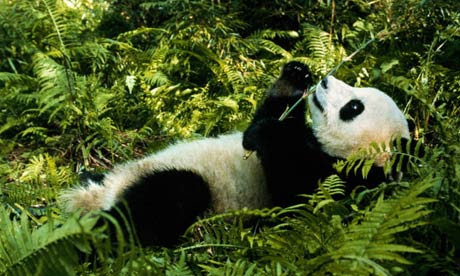 Scientists report that climate change is putting Pandas in danger of extinction. As you know, Pandas love nothing more than stuffing their faces on bamboo and tend not to eat much of anything else. Unfortunately, climate change means that there is an increasing likelihood of bamboo diebacks. And because of ever-expanding human settlement, Pandas in an area where bamboo has died off will find it difficult to migrate to an area where it remains abundant.

The Pandas in the Qinling Mountains in Shanxi province are believed to be particularly vulnerable, as their range is completely surrounded by human settlement - if their bamboo dies out, they will have no way of escape.