One of my friends manages an Oxfam shop in Dublin. Her shop were promoting music a lot in October. Or was it September? Part of this involved lunchtime gigs on Saturday afternoons, the idea being to get people into the shop so that they buy stuff. It worked for me the afternoon Handsome Karl was playing music with some other jazzers. This is what I came home with:

Close Watch - An Introduction To John Cale (CD): I have been thinking about checking out John Cale’s post Velvets music for a while. On the strength of this compilation it is not much cop. Wor bird reckons Cale runs Roger Waters a close second in the coveted Ugliest Man In Rock competition.

Echoes of Nature 5: Whales of the Pacific (CD): This is one of those relaxation CDs you hear about. It features lots of sea noises, the occasional plaintive "waaaoooo?" whale noise, and music of the new agey sort. It is far better than this description makes it sound. Ooooaaoooo?

Electrelane The Power Out (CD): I have mentioned Electrelane* before, these being the all-girl, all-music, all-action combo who pursue a somewhat avant-garde bent (i.e. they appeared once on the cover of The Wire) but still sound essentially rock-oriented enough to play to your mum. This is one of their earlier albums, and while it does not have songs on it that hook me like the train one or the cover of 'The Partisan', it is perhaps a more solid album over all, being all good tunes from start to finish. 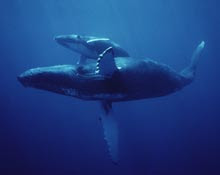 *Oh no wait, I just thought I had. They rock, but in an ever so slightly avant garde kind of way. The other album of theirs I have is called Axes, which features the above mentioned storming version of 'The Partisan' and the song I always refer to as The Train Song, for obvious reasons if you have ever heard the song.
Posted by ian at 11:18 PM

The Power Out is their best album!!!

It is good. The opinion has however been expressed in Carwash Mansions that Electrelane are a diminishing returns band - that the first record of theirs you hear will always be the best.