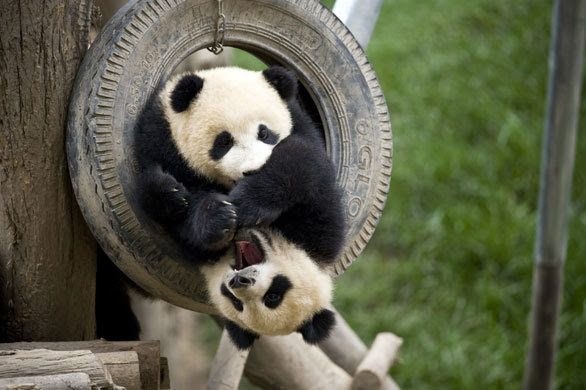 Again in the Unitarian Church. Trio Scordatura formed itself to explore the world of unconventional tunings. It comprises Bob Gilmore on keyboards together with Elisabeth Smalt on viola and Alfrun Schmid on voice. Gilmore was giving a talk earlier in the day on microtonality in music. I skipped that on the basis that it would probably just go over my silly non-PhD-in-music head, but I kind of regretted my decision when I heard Gilmore's introductions to the various places his trio played. I am still not sure I would have understood fully what he was saying, but he has such a pleasant speaking voice that it would all have been delightful. He also looked the part.

From the first piece (Conturador, by Flor Hartigan) you could tell this was going to be a bit special.

Panda Scordatura
Posted by ian at 10:03 AM